Whoopsadaisy – meaning – acknowledging a mistake.  And what a big mistake this is.

After the bowling greens in Preston Park were closed because of Council cuts, the pavilion became redundant. It is now let out by the Council to a children’s activity centre and is known as the Whoopsadaisy Pavilion.

Designed by B.H. (Bertie) MacLaren, (Superintendent of Parks 1920 – 1951), it is a surviving symbol of his plans for and influence on the town. In Clifford Musgrave’s words, ‘MacLaren achieved world-wide fame for breaking away from the unimaginative dreariness then typical of municipal gardens … “something altogether new has been set up in the way of tennis courts, bowling greens and sports pavilions. Preston Park seems to be a new place”, the local paper recorded.’ (Clifford Musgrave, Life in Brighton, Faber & Faber 1970, p.378) .

The pavilion is (or rather was), a very attractive building with open verandahs on three sides, and forms part of the Grade II Listed Preston Park.

A planning application was lodged on June 18 to carry out alterations to the building. The main alteration was the infilling of the two open, overhanging verandahs on each side of the building in order to increase the internal floor space.

The application was considered by the Council’s Conservation Advisory Group (on which the Brighton Society is represented), at its meeting on July 9th. The Group recommended refusal on the following grounds:

“…the proposals would remove the attractive overhanging roof to the verandah around the building, and the changes would totally alter the MacLaren designed Garden Architecture of this 1920s structure.”

Normally the Group’s recommendation would be issued to the Council within five working days of the meeting – ie by Tuesday July 16.  Unfortunately owing to the illness of the Joint Chairman, they were not issued until August 5th.

So no account was taken of CAG’s views before the planning application was approved on July 25th. Even worse, it appears that the Council’s own Heritage department was not consulted, even though the pavilion is in a Grade II Listed park and is within the Preston Park Conservation Area.

In the meantime, work had started on site early in July – even before planning approval had been obtained.

On August 5th we noticed the work was not being carried out in accordance with the submitted and approved plans. 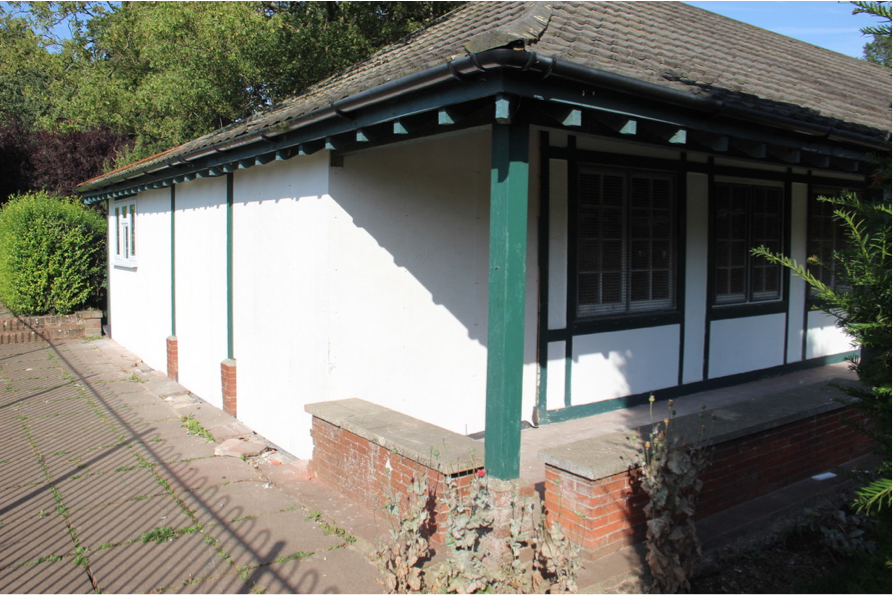 low plinth walls have been removed

The new external walls had not been set back behind the line of the existing verandah posts, the existing low brick plinth wall had been demolished and a new PVC window (not shown on the plans) had been installed. 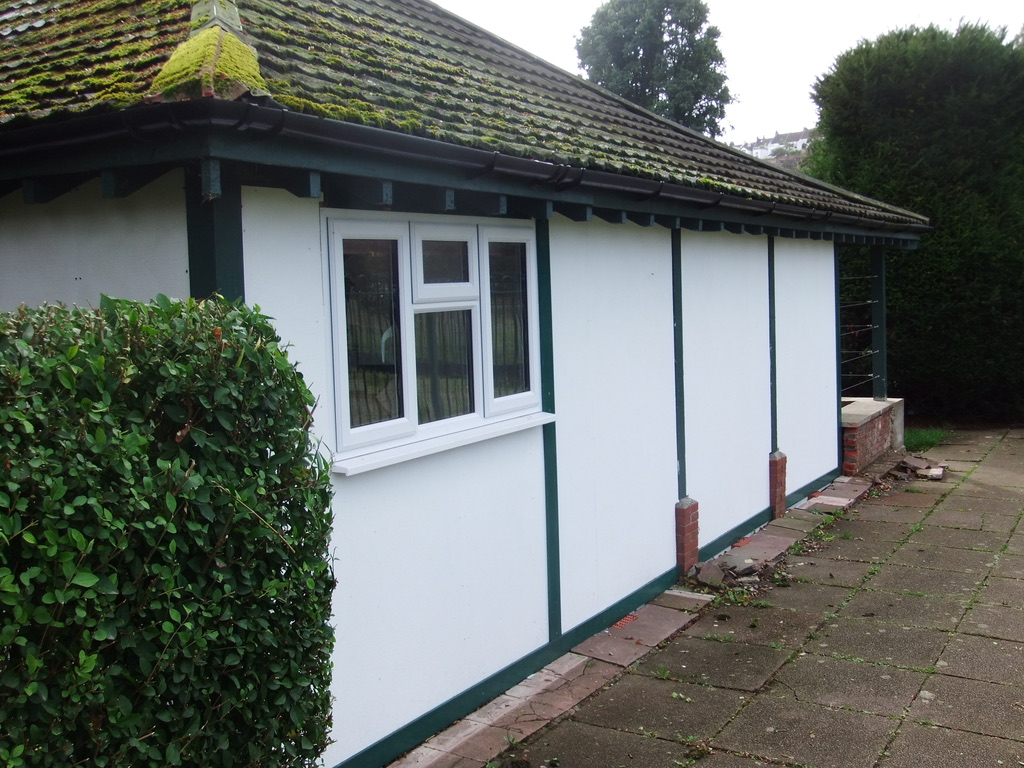 We raised this at the meeting of the Conservation Advisory Group the following day on August 6th.

That same day we (and others), lodged a complaint with Planning Enforcement and wrote to the Case Officer, drawing his attention to the unauthorised work, and questioning why, as the pavilion was part of a Grade II Listed Park, there had not been a separate application for Listed Building Approval.

Here is his reply:

“It is my understanding that Preston Park is ‘registered’ rather than listed and as such works to buildings within the park do not require Listed Building Consent. In any case, we can only determine the applications that have been submitted to us and would not be able to compel an applicant to apply for Listed Building Consent.

It’s disappointing to hear that works are not being carried out in accordance with the approved drawings – you have said that a complaint has been lodged with the Planning Enforcement team and this the most appropriate way to address this. I will pass your email incl. photographs to the Enforcement officer dealing with the case.”

There seems to be an implied difference of value between “registered” and “listed”, which we question, particularly if this is being used to justify a reduced standard of protection in relation to the Park and its component parts, all of which contribute to its listing. The response received from Planning Enforcement uses the word “Historic Preston Park”. The Council seems confused about the park’s status.  It is in fact “registered” as “Listed”.  It is also “historic” because of its listing.  As the body responsible for Grade II listed buildings you might have thought the Council would know.

This whole sorry saga raises a number of issues.

The first is the degree to which the listing of a park protects buildings within it from alterations which are unsympathetic, not only to the park, but also to the building itself. The building in question is also in a Conservation Area which must also give it a degree of protection, in addition to any it receives under the Grade II listed parkland setting.

Secondly, we question whether there is a difference in terms of the degree of protection, between “registered”, “listed”, and “historic”, all of which the Council has used in its various responses.

And thirdly, has the Council carried out its own procedures in a proper and thorough way given the following points?

1. by granting planning approval without waiting for the recommendation of the Conservation Advisory Group or questioning why this had not been issued;

2. by its failure to refer the planning application for comment to the Planning Department’s own Heritage Team, and;

3. apparently failing to take into account any special protection or duty of care to the building and its contribution to the character of Preston Park, arising from the park’s Grade II listing.

We have put these questions to Historic England (HE). Their reply states:

“As the property and park are both listed as Grade II, Historic England would not be consultable in this instance. Grade II listings are now looked after and determined by the Local Authority, who I can see you have already been in contact with. HE is only consultable on works to Grade II assets when the proposed work involves major or total demolition.”

So the Council – whose actions (or inactions), has created the problem in the first place – is the only arbiter available to resolve the problem.

A subsequent visit to view the building on 26 Sept, revealed that the unauthorised work carried out had not  been remedied. In fact even more unauthorised work has been carried out. New steel columns had been introduced along the front verandah with horizontal steel wires spanning between them, and a new totally unsympathetic entrance gate has been installed. 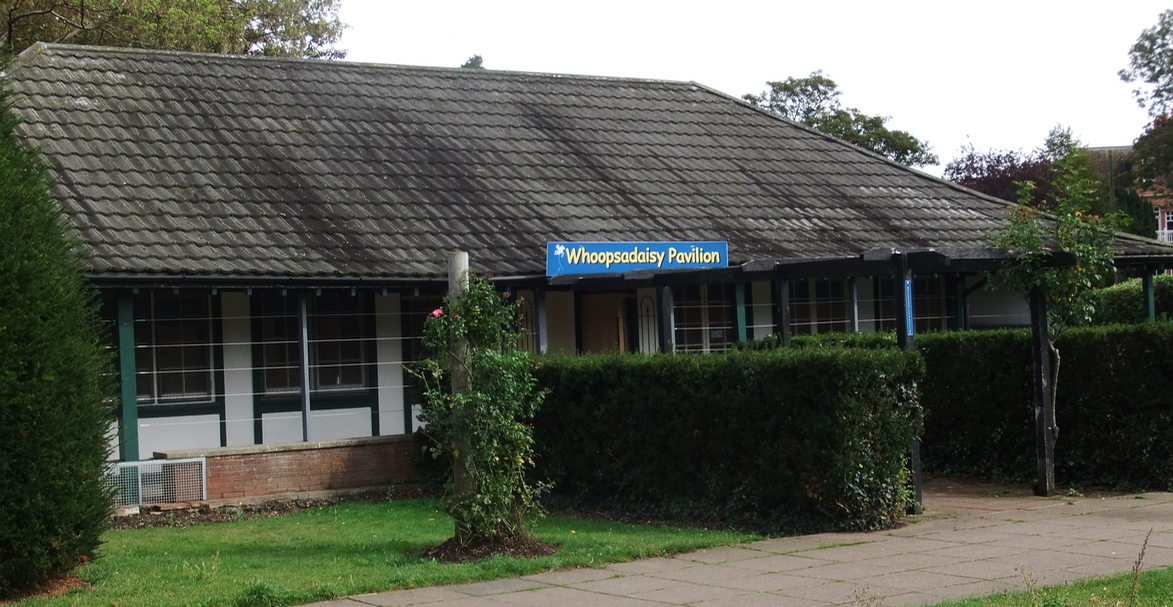 We contacted the Enforcement Officer to find out what was going on and received the following reply on 6 November:

It is not clear from this whether the new walls will be set back behind the existing posts as the design drawings indicated.  Does the Council appreciate the importance of that from a visual point of view?  We’ll keep an eye on what happens.

As a final postscript to this sorry tale, the Conservation Advisory Group wrote to the Council expressing its concerns about how this elegant little building had been disfigured by the unauthorised works, and requesting that the Council as landlord, withhold permission for the harmful alterations to be implemented which were granted planning permission BH2019/01809 (under delegated powers).

The Council has replied to the effect that it understands that Whoopsadaisy have acknowledged the problems and are working to correct the works identified in line with their planning
permission. A predictably meaningless response – except that it really means we’re not prepared to do anything further.

There was no response to the request to withhold the planning approval.

Is it too much to expect the Council to say : Whoopsadaisy – we made a mistake?