This massive development was refused planning approval earlier this year.  Despite a huge number of objections from local residents, councillors and community groups, the developer has chosen to ignore all the opposition and has lodged an appeal which is due be heard on December 14th.

The Brighton Society first objected to this massively out of scale and out of character development back in 2019.

We said at the time that:

“We accepted that sites such as this in this part of Hove will face pressures for re-development with higher density housing schemes than exist at present.  But proposals such as this one are far from the ideal solution, particularly in situations where they will have a major effect on an adjacent Conservation Area.

What the application documents fail to show at all is any indication of the effect that this massive  development will have on the delightfully scaled and detailed terrace within the Willetts Estate Conservation Area directly across the road from the site shown below.

In relation to this terrace, the design of the proposed huge new block of flats and is overbearing and completely inappropriate in this particular location.

It is entirely feasible to come up with a design which significantly increases the number of new dwellings on the site, but which is sympathetic and polite to the buildings within the Conservation Area immediately opposite.

The application documentation makes no reference to the visual quality of the terrace of the houses opposite and appears to deliberately avoid showing the quality of the buildings within the Willetts Conservation Area.

The question has to be asked – Is this development polite, in keeping and in character, scale and materials with the 2-storey terrace with its red brick facades and white painted woodwork within the Conservation Area directly across the road from the site? The answer has to be emphatically No.

It will have a severely detrimental effect on that part of the Conservation Area.

Back to the drawing board.”

The Conservation Advisory agreed with this view voting 9 to 1 to recommend refusal. 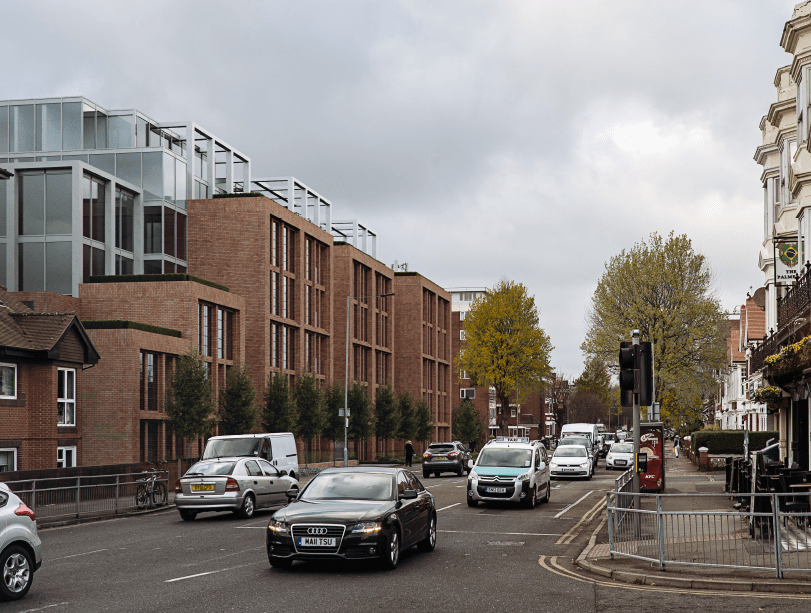 The Council Planning Committee voted to refuse planning approval on the following grounds:

Apart from RKO the developers, our toothless Planning Officers appear to be the only people who were in favour of the development – they recommended approval.  Good for the councillors who chose to listen to the views of the community and rejected that advice.

Hove Gold, the community group set up to oppose this and other over-bearing developments in the Cromwell Road area, has listed its primary objections to the development.  Here they are:

Developers continue to run the city: the onslaught continues

While there are positive points for new homes in our city,

In spite of universal rejection of the plans by the Council, the Conservation Advisory Group, ourselves, Hove Gold as well as the objections lodged by huge numbers of local residents, the developers have chosen to appeal against the planning refusal and the overwhelming opposition to its proposals from the community.

The appeal starts on December 14 – just when most people will be otherwise engaged with Christmas arrangements.