The proposed development is for a five-storey building occupying the full length of the Co-op retail site on the east side of London Road, between it and the Level. 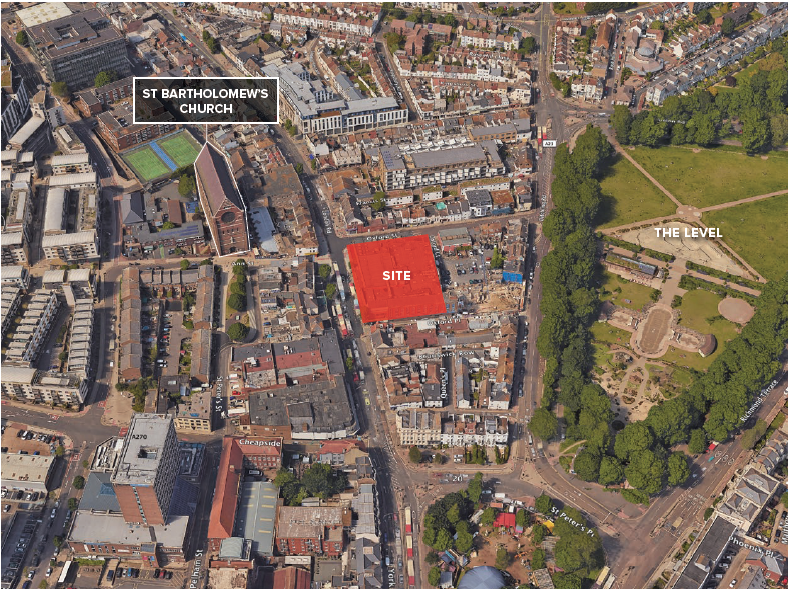 The existing Co-op building is a long 2-storey building on the east side of London Road just to the south-east of the Grade 1 listed St Bartholomew’s Church on Ann Street, a block back but on slightly higher ground on the western side of London Road. 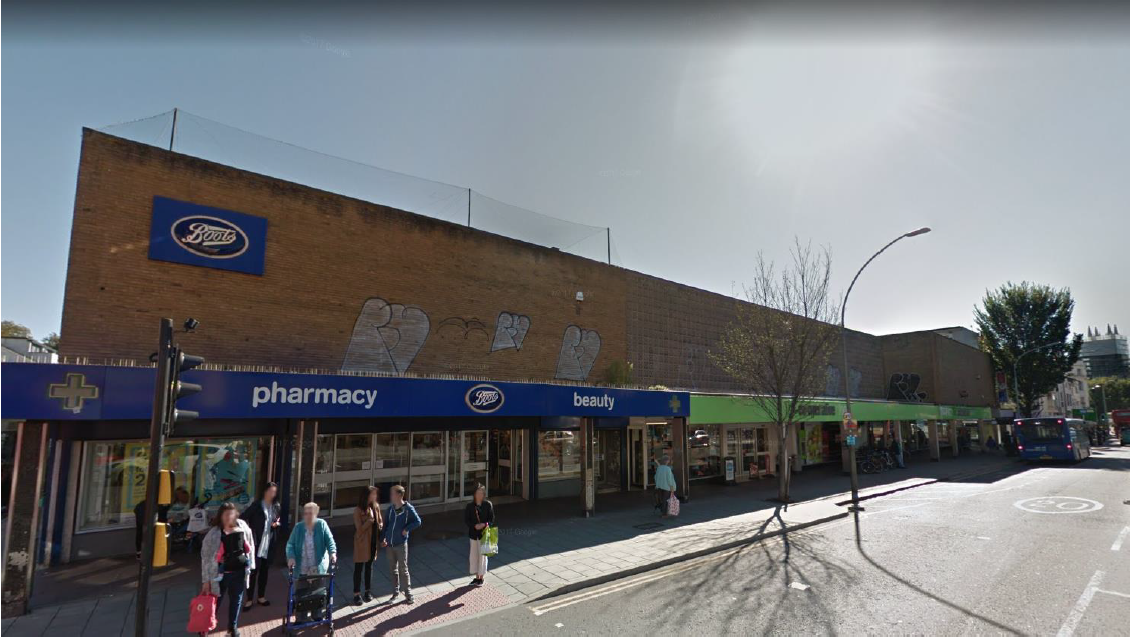 The Co-op building is to be demolished and replaced with a 5-storey block running the full length of the existing retail building.  The new building at 118 to 132 London Road  Brighton, will have retail use at ground floor level facing London Road, and student housing on the four upper floors. The five storey building will provide for a total of 232 student rooms (a mixture of studio units and “cluster” units), with student accommodation provided at first, second, third and fourth floor levels. The top floor will be set back from the main front, side and rear façades.

St Bartholomew’s is the tallest parish church in Britain – if not in Europe, according to Visit Brighton’s website.  It was designed by the local architect, Edmund Scott, and built by A.D. Wagner in 1874 using his own money. 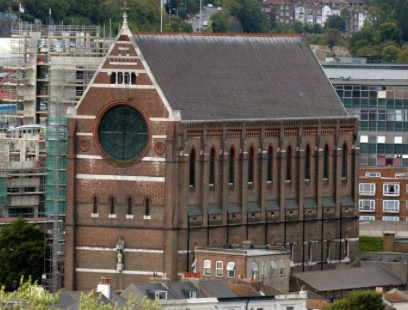 Besides its Grade 1 listed status, the Church is notable for its unusual height, which is not only most impressive from the inside, but from the outside too in the way it towers above the neighbouring buildings on London Road below.  It is vitally important that its setting and views of the church from the areas around it are preserved intact

The main problems with this proposal

In our view there are two major problems with this development:

This in turn will have a further detrimental effect on the setting of St Bartholomews just to the north east.

Here is our formal objection:

The new building at 5-storeys is at least two storeys too high in relation to views of the Grade 1 listed St Bartholomew’s Church from the Valley Gardens Conservation Area and the Level immediately to the east of the site.  From that viewpoint, the five storey height of the new building will conceal most of the lower parts of the walls of the church.

This will have a severely detrimental on the setting of a Grade 1 listed Church building from the east and conceal one of its most impressive visual characteristics which is the sheer height of the church.

The proposed 5-storey building will also conceal views of The Level and its treescape from viewpoints to the west.  It is noticeable that viewpoint 6 – which attracted unfavourable comment from the planning officer during the consultation stage – has not been included in the planning application documents, which leads one to wonder what other important views of the church have been omitted too.

The proposed new building is also too high to be comfortable in the existing streetscape of London Road.The scale and character of this street makes an important contribution to the setting of the Grade 1 listed St Bartholomew’s Church.

Although the existing Co-Op building is a of a very poor visual quality, the design of the new building would have been far better had it been visually separated into smaller and narrower elements to relate in a more satisfactory way to the smaller scale and width of the individual buildings on each side of it along the London Road frontage.

Besides being too high as stated in item 1 above, its continuous façade is too long, it is unsympathetic to the existing character of the street, and has insufficient variation within it to be regarded as a successful solution to its situation within the existing streetscape and its effect on the setting of St Bartholomew’s Church.

Besides being too high as stated above, its continuous façade is too long, it is unsympathetic to the existing character of the street, and has insufficient variation within it to be regarded as a successful solution to its situation within the existing streetscape and its effect on the setting of St Bartholomew’s Church.

This proposal needs to be completely re-designed with a more sympathetic approach to the adjacent Valley Gardens Conservation Area, the detrimental effect it has on views of St Bartholomew’s church, and its setting on London Road.