The Brighton Society welcomes any appropriate action by the council to eradicate graffiti that is blighting our city. However, there are three suggestions in the Council’s recent strategy to ‘reclaim our streets’ from graffiti taggers that are in need of a rethink. 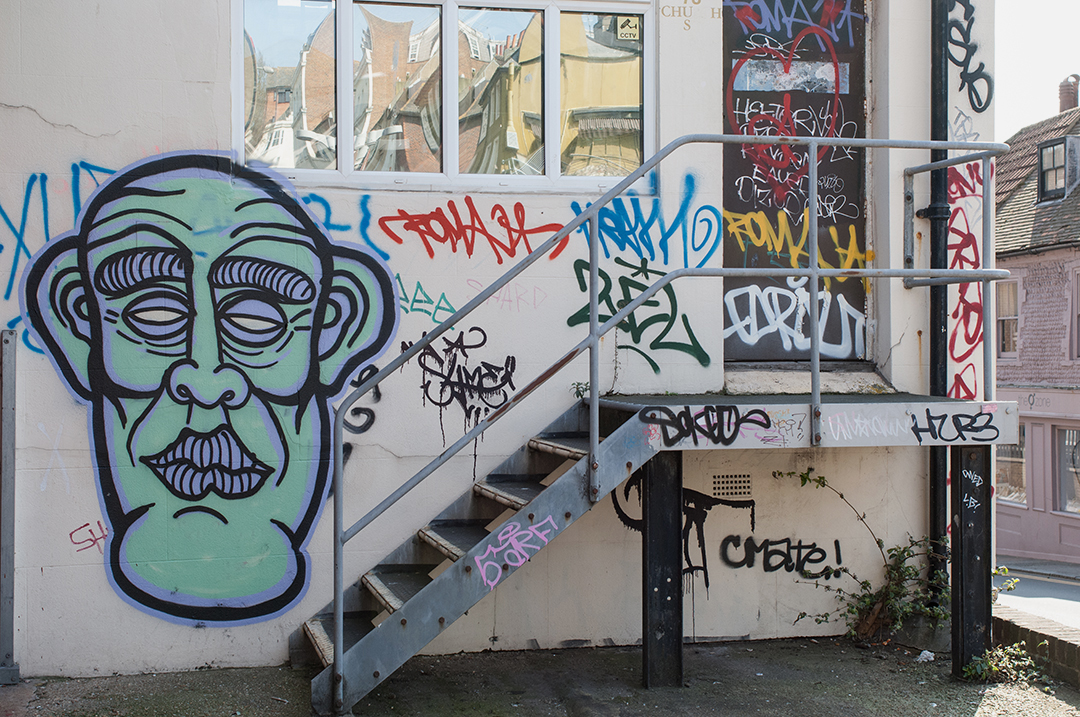 The points that need reconsidering or perhaps removed from the ‘reclaim our streets’ plan are:

Graffiti is so widespread in the city that one could argue that the whole city is a hot spot. To illustrate this point The Brighton Society is producing maps that show areas in Brighton and Hove that have been scarred by graffiti vandals. Our advice to those involved in the ‘reclaim our streets’ plan would be to look in the graffiti pages of our website which have numerous photographic examples of areas that are plagued by graffiti as well as maps that are regularly updated on our Twitter feed. It will then become clear that greater surveillance would indeed have to be much more widespread.

2. Remind and educate shop owners on the law relating to the sale of aerosol paints to those under 16.

The graffiti vandals, sometimes referred to as ‘graffiti artists’, who produce graffiti such as ‘Wildstyle’ or ‘Throw-ups’ are generally over the age of sixteen and therefore have a legal right to buy aerosol paint. Also, how can the council stop the passing on of aerosol paint to an under sixteen-year-old graffiti vandal?

3. The strategy also makes clear the council is not targeting proper art that is commissioned or given permission by the property’s owners.

Who decides what is ‘proper art’? Some people might consider ‘Wildstyle’ or ‘Throw-ups’ to be proper art yet these styles of graffiti are just as much an eyesore as graffiti tags. There are some councillors who consider certain murals to be ‘proper art’; never going any further in defining what ‘proper art’ is other than it brightens up the city. The discussion as to what ‘proper art’ is will probably continue its subjective journey to nowhere. Aesthetics aside, we are of the opinion that murals do not deter the graffiti vandal, in fact murals appear to attract other types of graffiti. The attached image of Cosmo Sarson’s angel in Regent Street is one example of the ineffectiveness of murals to prevent the spread of graffiti. We suggest that the council’s solution, which is on their website, for those property owners plagued by graffiti, suggesting the employment of a painter to produce a mural to cover up the existing vandalized area, is not the solution. With the extent of graffiti now existing in this city the logical conclusion of this strategy is that Brighton and Hove would have to be renamed – Mural City.

The view the Council plans to ‘reclaim our streets’ from graffiti taggers go to: https://bit.ly/2WdUhZz