Before our approach is outlined, it is important to understand the Council’s current policy on dealing with the graffiti problem.

The extent to which graffiti has rapidly increased in Brighton and Hove has forced the Council to take action in trying to stop any further increases in the proliferation of this activity that is blighting our city.

BHCC has agreed on a graffiti strategy, currently at the draft stage, and elements of that strategy have been presented to residents and businesses via an online public consultation questionnaire. For this questionnaire to have any meaning, we suggest that it should be incumbent upon the individual to read the Council’s graffiti strategy, which can be found on the Council’s website, before attempting to answer the questions.

The main approach the Council is advocating in its graffiti strategy is primarily to clean up the city of graffiti as it considers that this will prevent graffiti vandals from further carrying out their anti-social actions. It also sets out to educate business and the public in ways to combat graffiti vandals. This strategy will not, in our opinion, be successful, primarily because the Council has inadequate finances to provide a team with sufficient personnel to carry out the task of cleaning up the vast areas of the city soiled by graffiti.  It is our understanding that currently the team consists of three people working the streets. In order to address this shortfall in a graffiti task force, the Council has shifted its focus onto the victims of this crime – i.e. property owners – by asking them to clean up the graffiti; failing to do so will result in a substantial fine. The Council presumably reckons that the revenue from the fines will support the future clean up requirements.  We consider this punitive action against the victims of graffiti crime by the Council to be the wrong strategy.

Clean up a specific small area in the centre of the city that has a high volume of graffiti. Patrol that area constantly over a 48 hour, or longer, period with a low profile special graffiti task force. The emphasis is on ‘patrol’, which is unlike a static stakeout that could be seen as entrapment. In order to help bring about successful results in the capture of these vandals, co-operation with residents and businesses will be very important.

It is important to identify what type of graffiti you want to remove. In order to do this, there needs to be agreement on whether the following styles are acceptable or not: 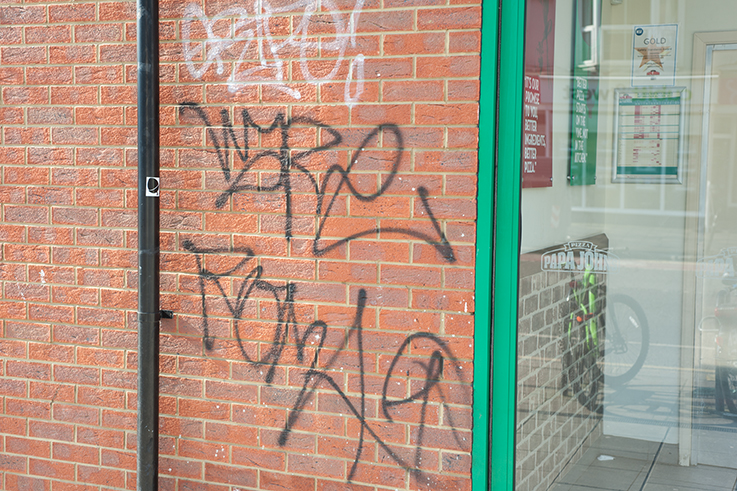 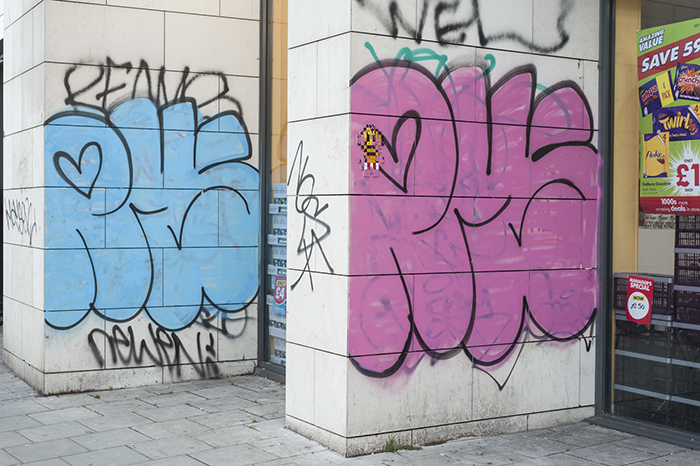 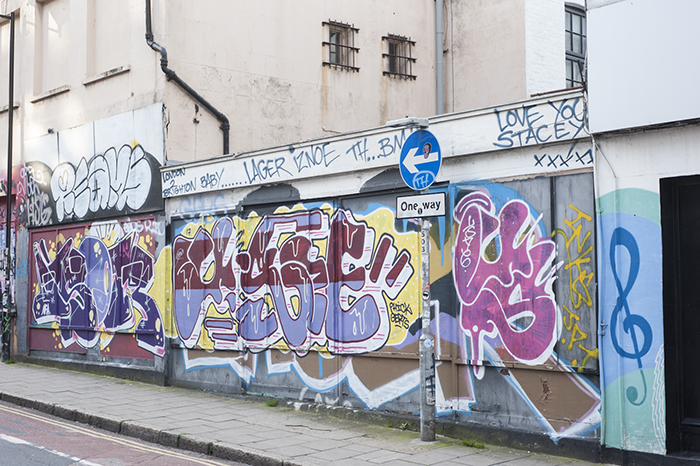 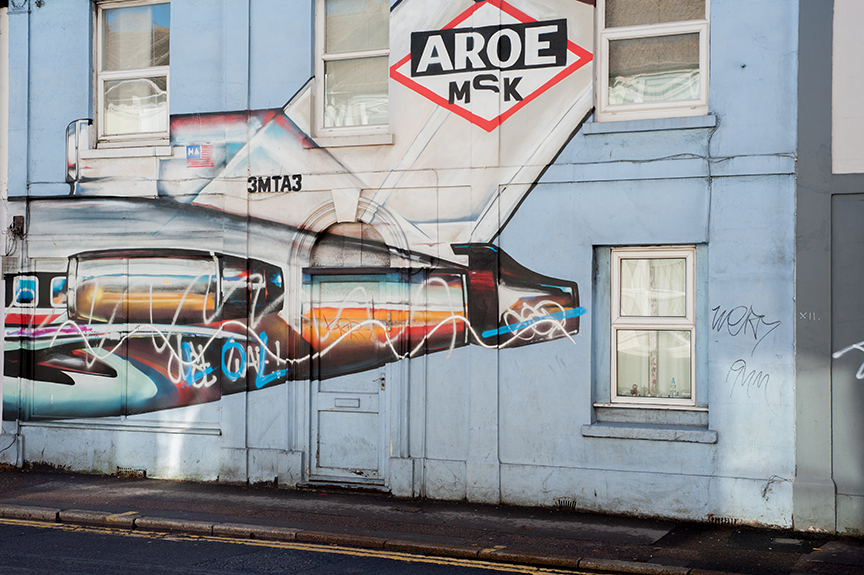 Of the above styles, the Brighton Society has concluded that high standard murals are the only acceptable type of graffiti, but this comes with two important caveats: 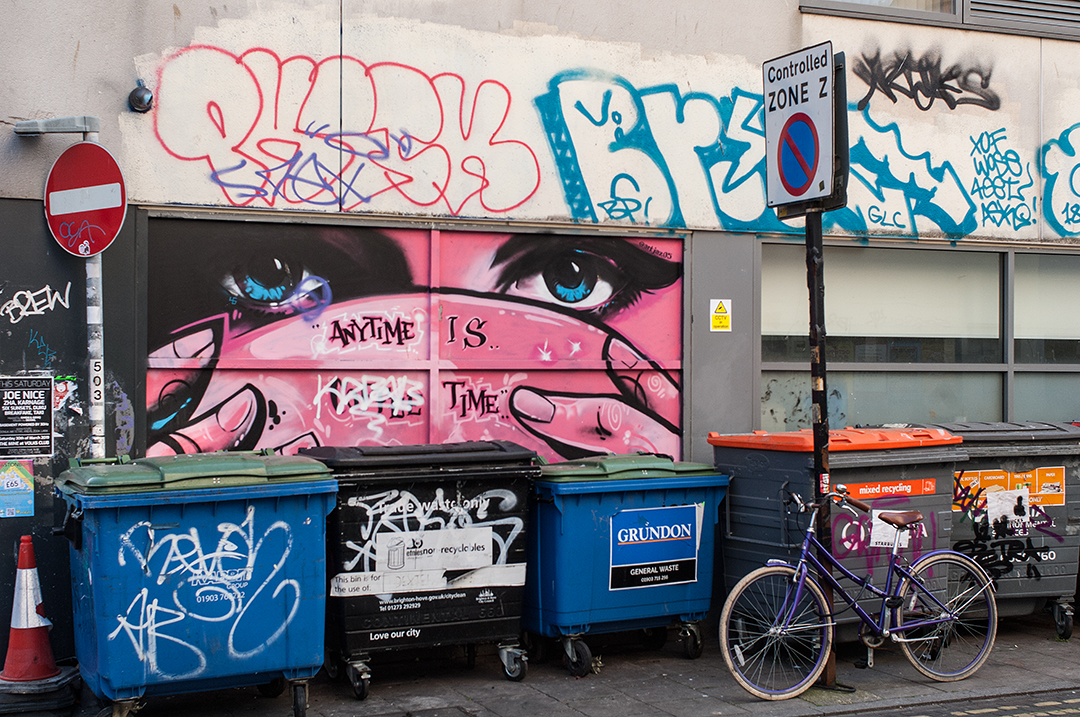 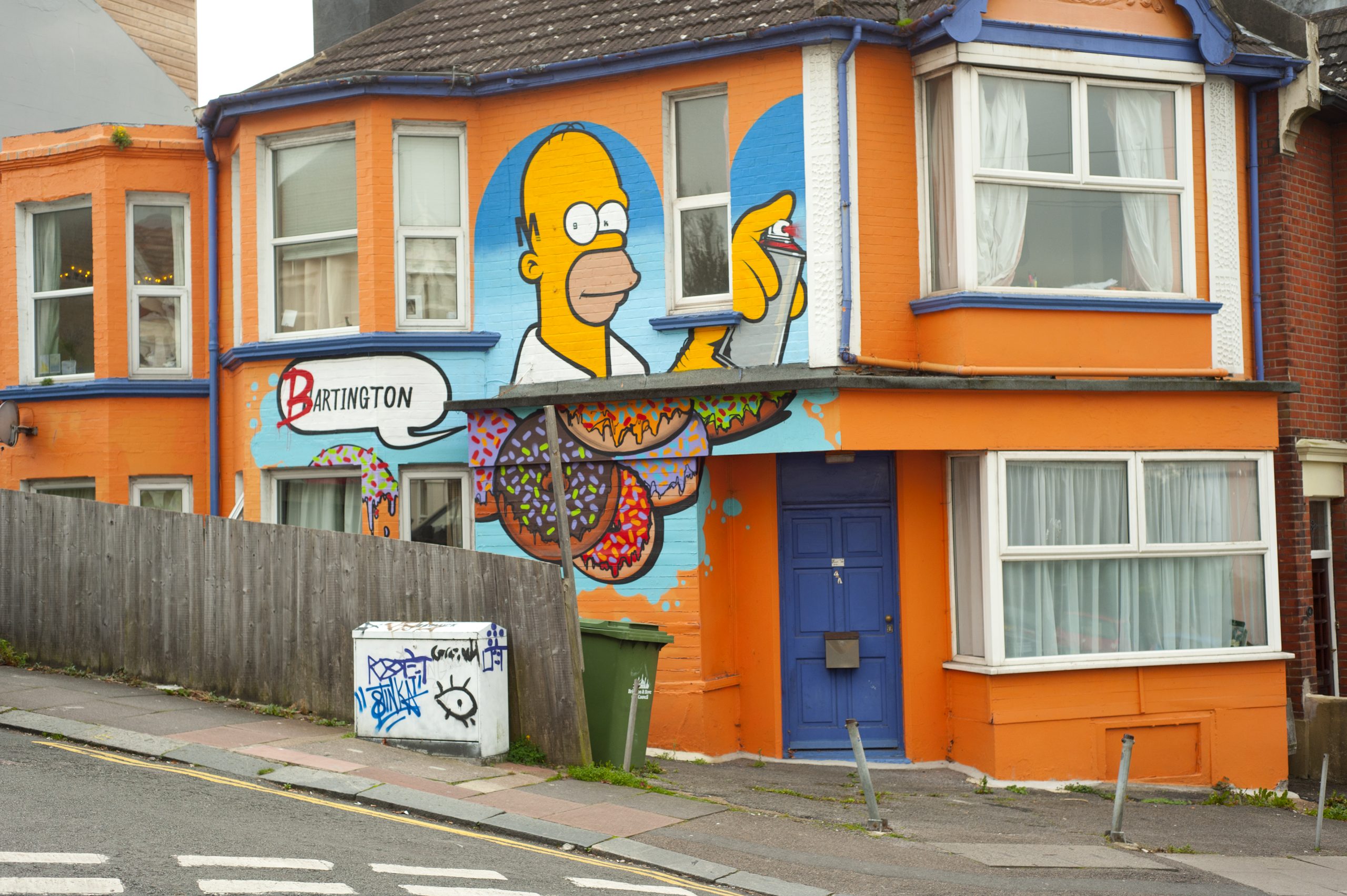 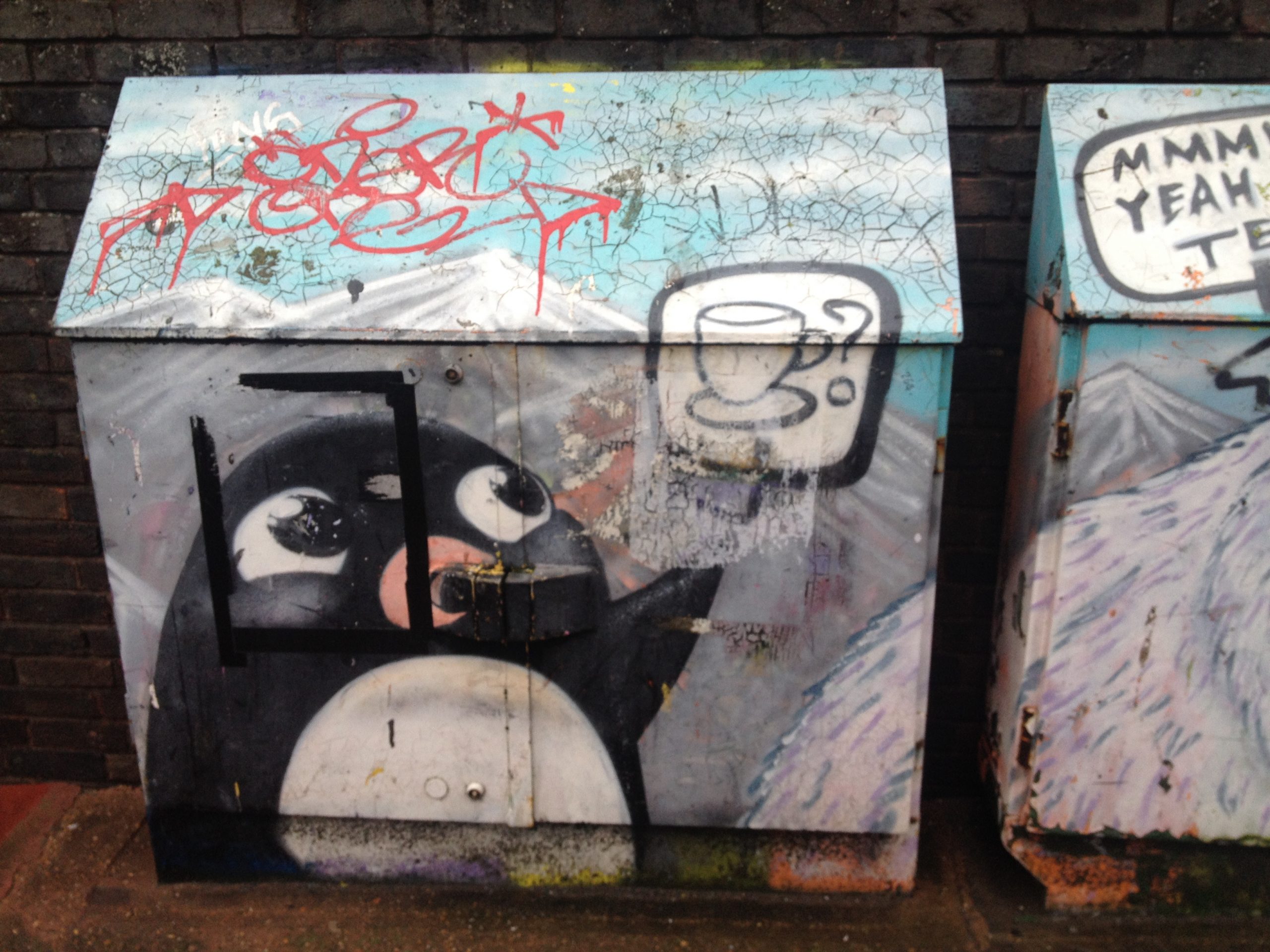 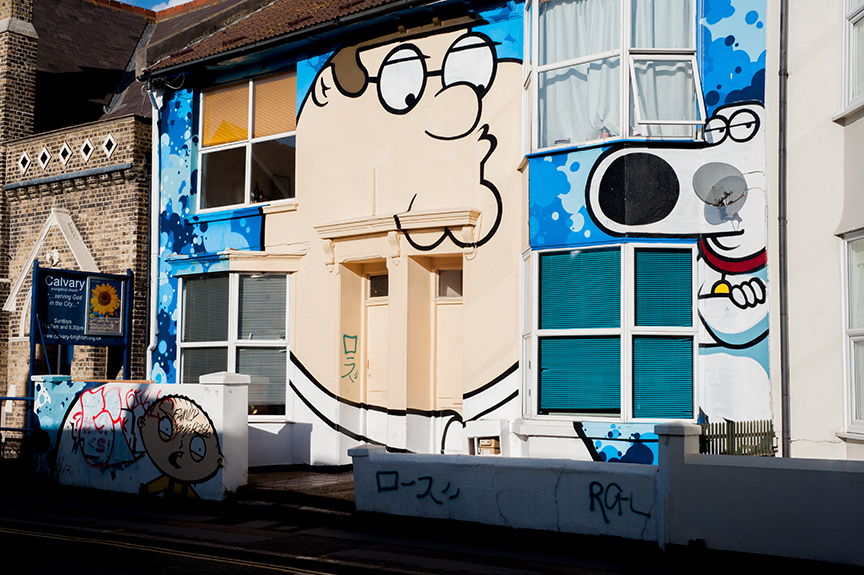 Brighton deserves better murals; therefore the Brighton Society suggests that each proposed mural be presented to an independent art panel in the form of a sketch in order that it may be judged to be of a sufficiently high standard to enter the public realm. 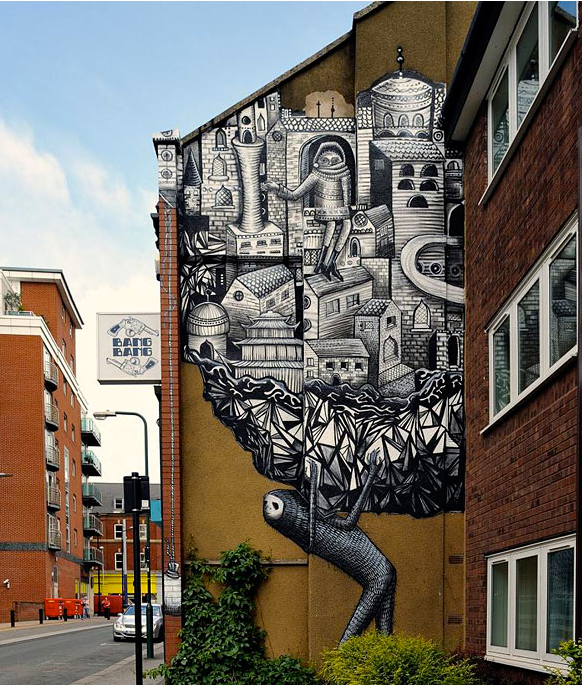 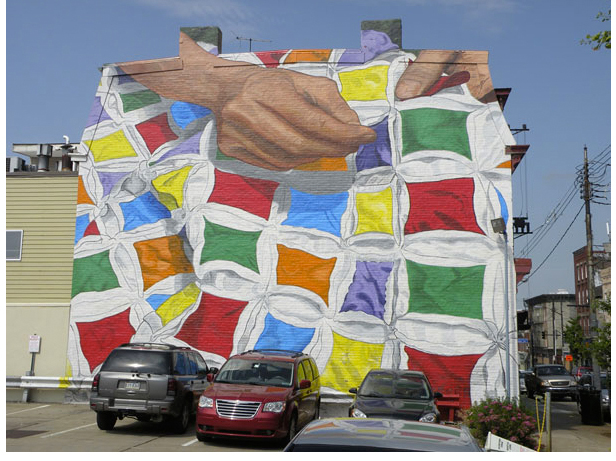 2.     There has to be a strictly limited number of designated wall spaces where murals are allowed. These areas should be managed on a rotational basis, with murals renewed over an agreed period of time. This will help satisfy the members of the public interested in this form of street art.

The Brighton Society considers the following factors are important when creating a PR campaign, which defines acceptable street art and how undesirable graffiti might be outlawed.

The aim of the above is to create in the public consciousness the idea that the only acceptable graffiti in Brighton and Hove are high standard murals. 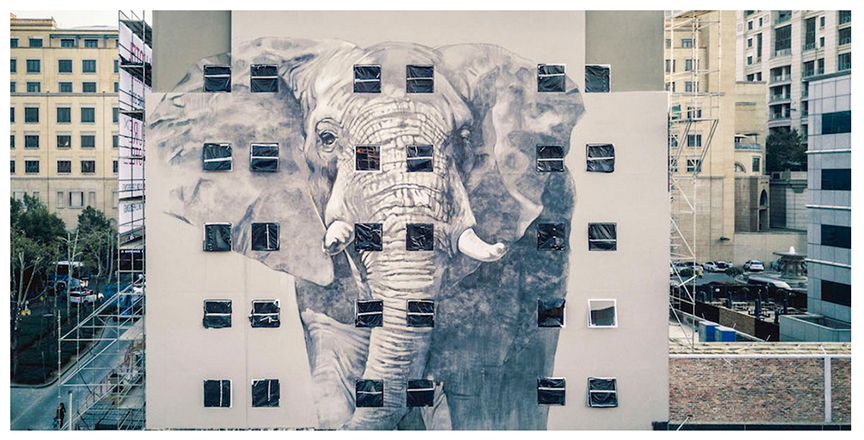 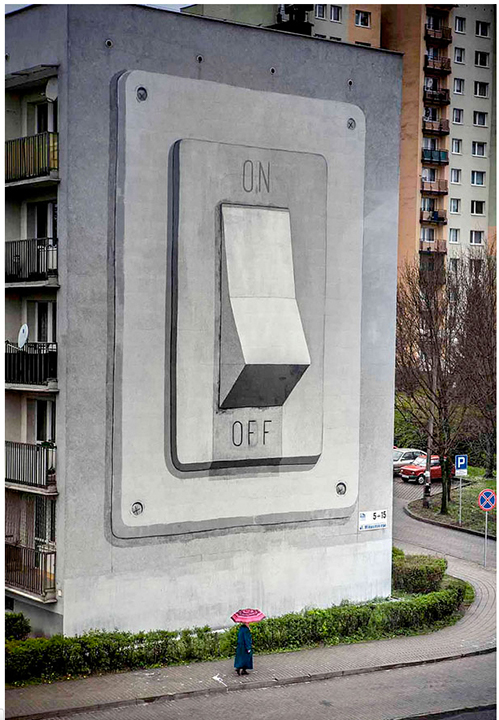 The Brighton Society’s position on all matters related to the public realm, whether it is architecture or street art, is that it must be of a high standard and that it positively enhances the appearance of the city.