You are at:Home»Objections»The Albemarle – how to make an ugly building even worse 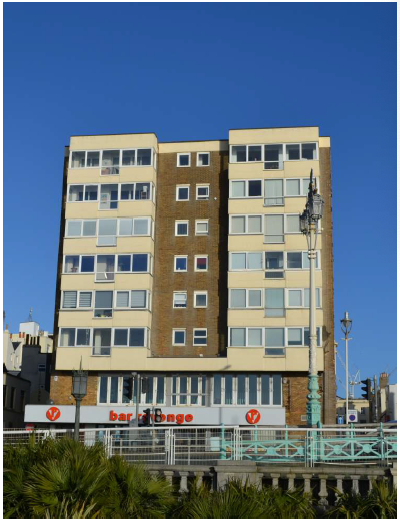 The Albemarle is an unattractive, 8-storey 1970s building on Marine Parade opposite the Sealife Centre.  The proposal is to add a 2-storey extension to the top of the building, making it a 10-storey block.  At 8-storeys, the existing building is already out of scale, out of character and out of keeping both with its neighbours and with the historic seafront of the buildings along Marine Parade. The addition of two further floors only makes the existing negative situation worse.

The Brighton Society has objected to the proposal – see below 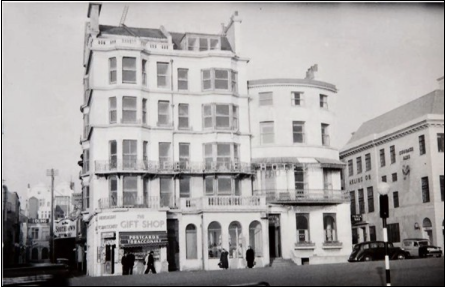 Prior to the construction of the existing building the Albemarle Hotel stood on the site.  From some time in the 1890s it was amalgamated into one hotel from three separate buildings.  One of these, No.7 Marine Parade, which was the original Albemarle Hotel from the 1850s, was subsequently listed as a building of Special Architectural interest.

When the property was sold for redevelopment in the 1960s, Brighton Corporation took the advice of the Regency Society, following which all three buildings were demolished as it was not felt that the quality of No.7 (and its two neighbours),  was good enough to justify its retention.

Given the low quality design and appearance of the current eyesore, one is entitled to ask whether that advice was correct. 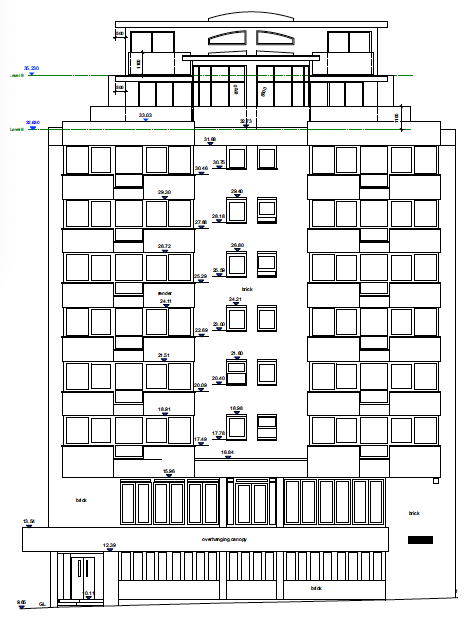 Read our objection below:

The Brighton Society objects to the proposed planning application on the following grounds:

1. The situation of this building within the East Cliff Conservation Area and immediately opposite Brighton Pier is a very sensitive seafront site. The existing 1970s building is completely out of character and out of scale with the historic seafront buildings around it, and the central seafront as a whole.

The additional two storeys proposed will make the existing 8-storey building which is already out of scale with its neighbours along the seafront, even more out of scale and character with the historic Brighton seafront, particularly when viewed from the western approach to Marine Parade.

The view from Castle Square is particularly bad. Also the bland west side extension is very much out of character and scale with the other buildings that face west towards Steine Gardens.

2. The information included with the planning application is inadequate in that it shows no CGI images or contextual information in relation to the seafront elevations of this section of Marine Parade and the impact it will have on views from points along the seafront and from Castle Square and Steine Gardens.

3. In the event that approval is given to this planning application it will set a precedent for further new tall buildings or more roof extensions to existing buildings along the seafront.

Future developments adjoining Churchill Square at the Brighton Centre and the Odeon Cinema, not to mention possible future tall buildings at the King Alfred Leisure Centre site, are examples where more tall buildings would have a severely detrimental effect on the Brighton and Hove seafront and the adjacent Conservation Areas.

4. The existing Albemarle building is already unattractive and adding two further storeys will not improve its appearance.

The Design and Access Statement itself states:
“The building is considered to be architecturally of low merit, being a model of the use of basic quality construction methods and materials of the time. It exhibits a bland appearance to all elevations”

5. The detrimental effect this proposal will have on Brighton’s historic seafront is not worth the supposed benefit of four small 2-bedroom flats.