On Easter Monday, Selma died peacefully at her home in the presence of her family, as she had wanted. Despite having reluctantly stepped down from her position as Hon. Sec. of the Brighton Society in 2017 because of deteriorating health, her passion for Brighton and Hove was unwavering. She is survived by her husband, Adrian, their four children and four grandchildren. 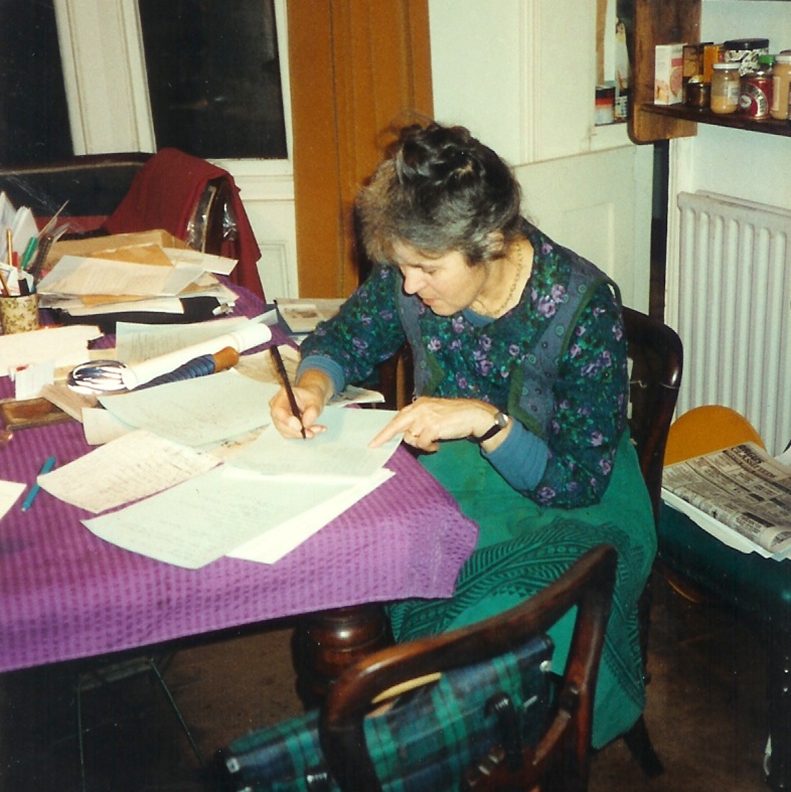 In 2006, Selma was awarded an MBE “For services to Urban Conservation in Brighton and Hove, East Sussex”. Of course this was a tremendous accolade, primarily of course for Selma but also for the Brighton Society. Yet there’s so much more to say about her life and work than is explicit in this Buckingham Palace citation. My aim here, therefore, is to convey something of her unique blend of talents and skills and the range of activities, both professional and voluntary, in which she steeped herself to the benefit of the city she loved.

The Brighton Society was launched by Selma and John Morley, then Director of the Royal Pavilion, Art Gallery and Museums, in 1973, the same year they started the Preston Society (later the Preston and Old Patcham Society). Selma stood at the helm of both organisations for nearly 43 years.

The immediate objective of the Brighton Society was to overturn the proposed Brighton Station development, which would have entailed demolition of much of the existing structure. Fortunately, the campaign was successful. However, the Society’s remit extended well beyond conservation of the best historic buildings; it was to be an umbrella amenity society for Brighton and Hove, concerned with all aspects of urban design, and not just the grand areas or even just buildings.

Freeze the Breeze (1988 – 1989) for example. A collaboration with other local amenity groups, this campaign saw off the council’s flawed Breeze into Brighton scheme aimed at making travel in the town easier for motorists. However, in displacing traffic elsewhere, the scheme would not only have been largely counter-productive but would have also involved demolition of front gardens and properties, including 19 listed buildings. The Brighton Society did not rest on its laurels but followed Freeze the Breeze with a conference “organised by local people for local people” to debate alternative ways of improving travel for all road users, including pedestrians. From this emerged the Brighton and Hove Transportation Forum, where different interest groups worked together towards more inclusive and sustainable solutions, including bus and cycle lanes. People were, indeed, central to Selma’s vision for the Brighton Society. In the words of fellow trustee, Robert Edwards,

I always felt that one of the most important things about Selma was her gift for the details and dynamics of human scale urban design. She was extremely perceptive and imaginative in judging the nature, character and effects of choices in purpose, infrastructure, usage, layout, furniture, materials, vegetation and features. This could be in commercial centres, streetscapes, vistas or leafy suburban lanes. She wanted the directly experienced and encountered environment to be practical, attractive, comfortable and stimulating; and for decoration to be thoughtful and respectful, however bold or whimsical.

Selma’s social conscience, energy and tenacity were undoubtedly enriched by a unique combination of early experiences and talents. She was, for a start, the child of two social reformers. As Acting Colonial Secretary in mid-1930s Trinidad, her father, Howard Noel Nankivell, paid a high price for advocating improved conditions for the labouring poor rather than prioritising the exorbitant profits generated through worker exploitation. Selma’s mother, Florence, was equally vigorous in her work to improve the welfare of the poor in the British Caribbean. But she didn’t stop there. In December 1938, she masterminded and organised, undeterred by harassment from the Nazi police, the very first Kindertransport, successfully accompanying 162 children to foster parents in the UK.  As this Argus headline from 18th May 1982 shows, like both her parents, Selma also had no qualms about grasping nettles!

Defining herself as “a visual kind of person”, she began campaigning against ugly buildings in the 1950s when living in London. Equally, she had a flair for analysing precisely what constituted good building design, whether historic or modern. Such skills were undoubtedly honed through training at three art schools, and she went on to sell work at the Royal Academy’s summer exhibitions, invent a new form of printing and teach at several art schools. At Sidcup College of Art she helped the Rolling Stones print some of their early promotional posters. Having also worked as a book illustrator, her drawings of features of Brighton and Hove’s built environment have appeared in numerous publications. 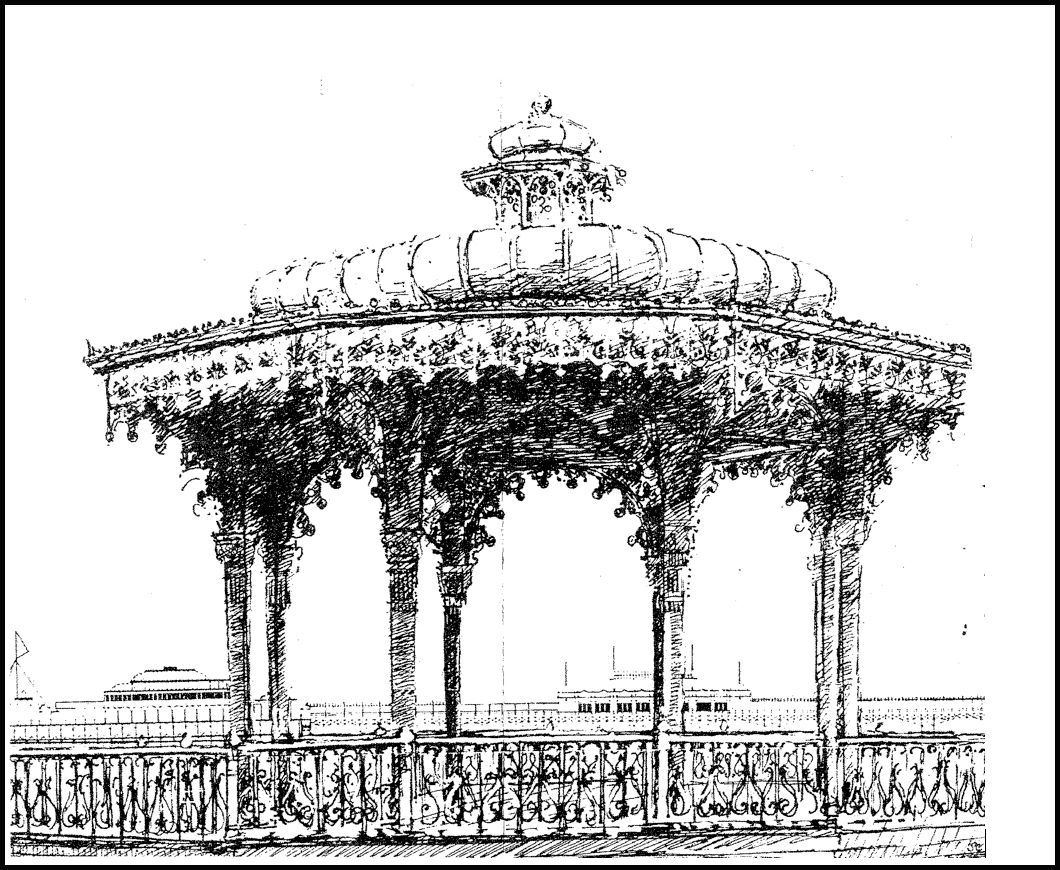 The Birdcage Bandstand was the Brighton Society’s logo from its inception and it’s to a large extent down to Selma that this beautiful structure escaped demolition. It had been neglected for so long that she was ultimately impelled to call roofers in herself one night to stop it collapsing completely! I recall her astonishment and relief when, in 2008, it was expertly restored after 30 years of campaigning.

As a prodigious writer, editor and publisher, Selma’s output included over twenty books on the history of Brighton, many of them collaborations. Interviews conducted for books such as ‘Backyard Brighton’ showed that the town’s C20 slum clearances had not actually proved the answer to social ills as national and local politicians had taken for granted; rather they had displaced coherent communities living in “cosy homes for happy families”. She also wrote numerous articles for such national publications as House and Garden, Building Design, Bulletin of Environmental Education and the Guardian in addition to local newspapers and periodicals, notably the Brighton and Hove Gazette and the Argus, to the letter page of which she was also a regular contributor until recently.

A keen environmental educator, too, Selma was the principal force behind the establishment of the Lewis Cohen Urban Studies Centre and its Director. Housed at the Grand Parade arts faculty (now the University of Brighton), a number of the host academics gave her a hard time – which, of course, she quietly but firmly withstood! A wide variety of publications were produced by teams of adults from diverse backgrounds under her 14 year stewardship and the closing of the LCUSC in the mid-1990s. When interviewed in 2019 about her time there, she was quick to point out the positive role it had played in giving people the confidence to analyse their observations of the urban environment and distinguish the good from the bad.

Particularly important to Selma at that time was her work with children, which resulted in six lavishly illustrated ‘Urban Detective’ books. These aimed to inspire children to explore, observe and analyse what they saw around them in the urban environment. 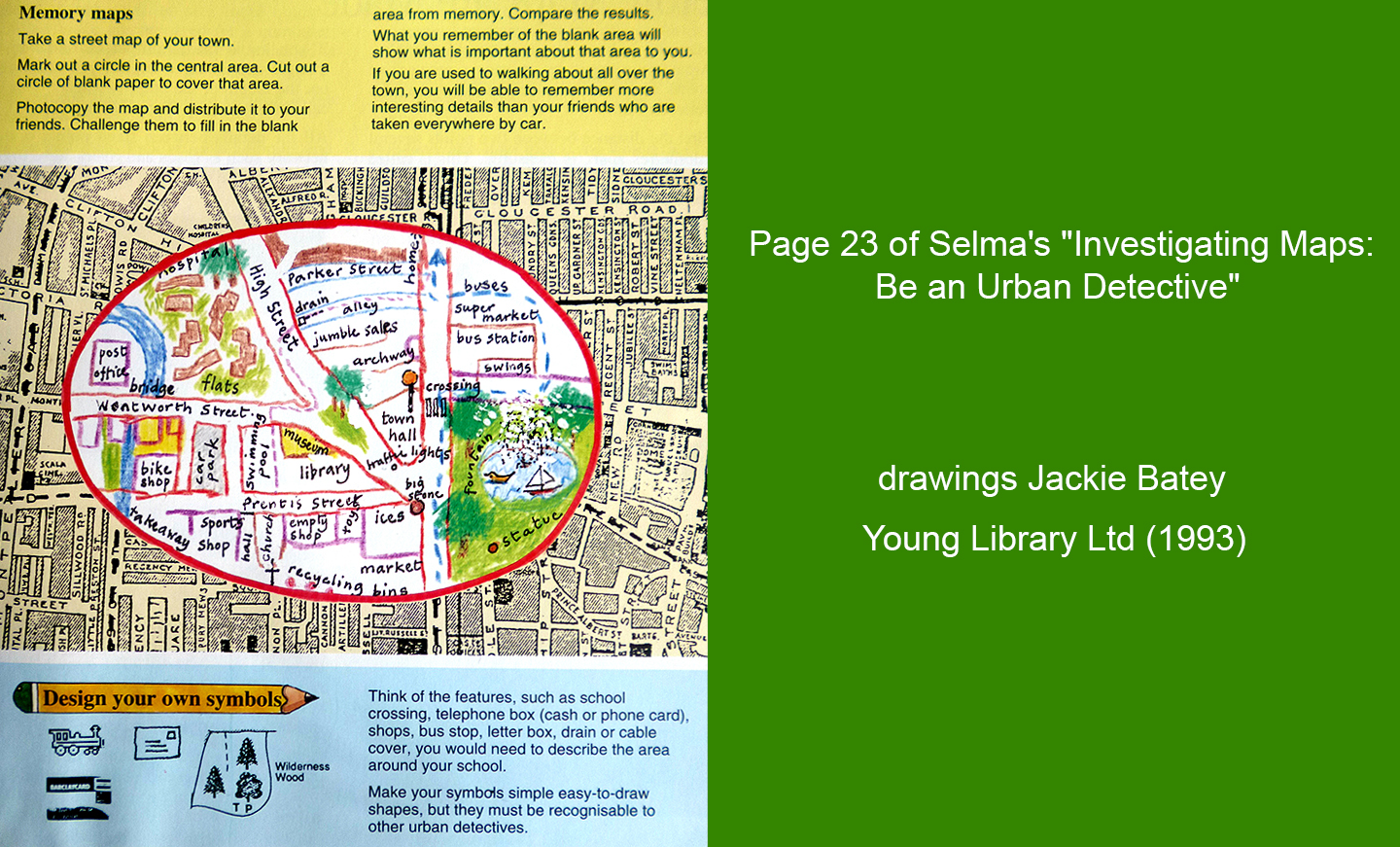 Springing to mind as I reflect upon the weight Selma gave to this aspect of her work is the question, “How many young people today could analyse and verbalise precisely why they find urban graffiti pleasing?”

We do hope you will share your memories of Selma. A book has been written about her father and it has been said that her mother’s story merits one too. Having given so much to Brighton and Hove in so many different ways, there is undoubtedly a book’s-worth of material to relate about Selma!

Selma Montford – a true servant of Brighton, its architecture and its people by Andy Winter