Many of you will be familiar with Robbie’s carwash which operates in the front of the Listed Hove Station buildings on land which used to be part of the Hove Station forecourt. These days it is called Robbie’s Approach, and even has an authentic looking street sign to say so.

In July last year, Robbie applied for planning permission to construct three steel-framed canopy structures with curved tensile fabric roofs. The Conservation Advisory Group (CAG) recommended refusal and the City Heritage Team also objected on the grounds that the canopies – in particular the two in front of the station building – would have a harmful impact on both the listed buildings and the Conservation Area: “….the two canopies proposed to be placed in front of the listed building are considered particularly harmful to the setting of the building and should be deleted from the scheme.”

Accordingly the two canopies in front of the Station Building were withdrawn from the application.  The third, at the east end of the carwash area, which was set back further than the others, was retained and subsequently received planning approval. 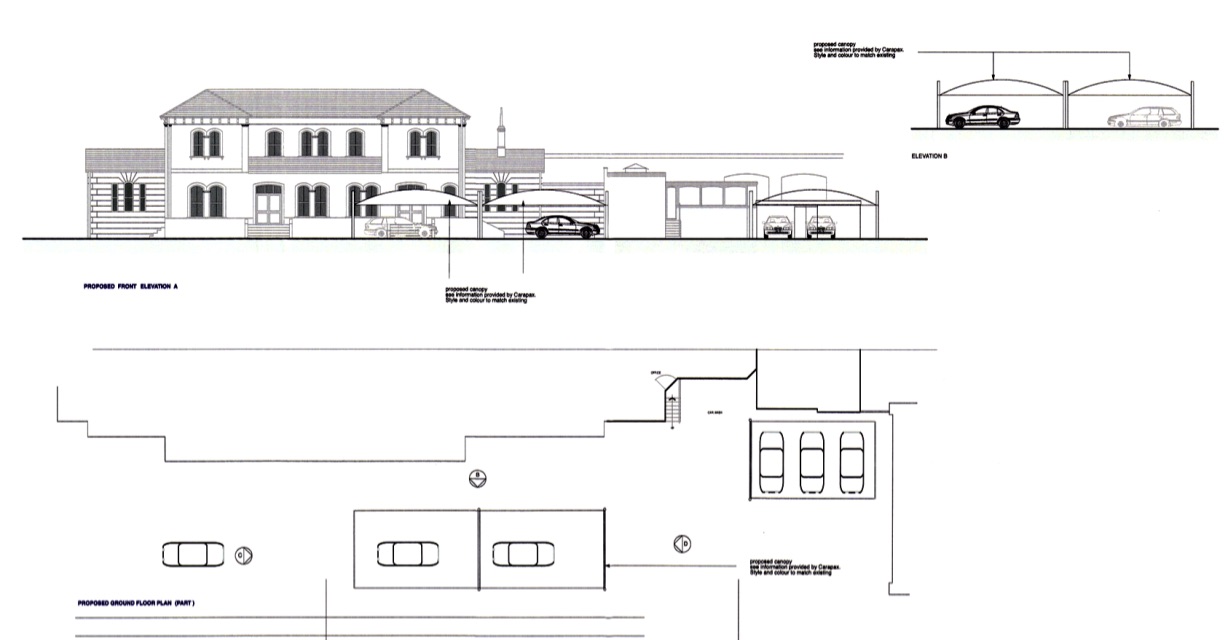 Drawing showing the two new canopies proposed.  The one on the right has been erected. 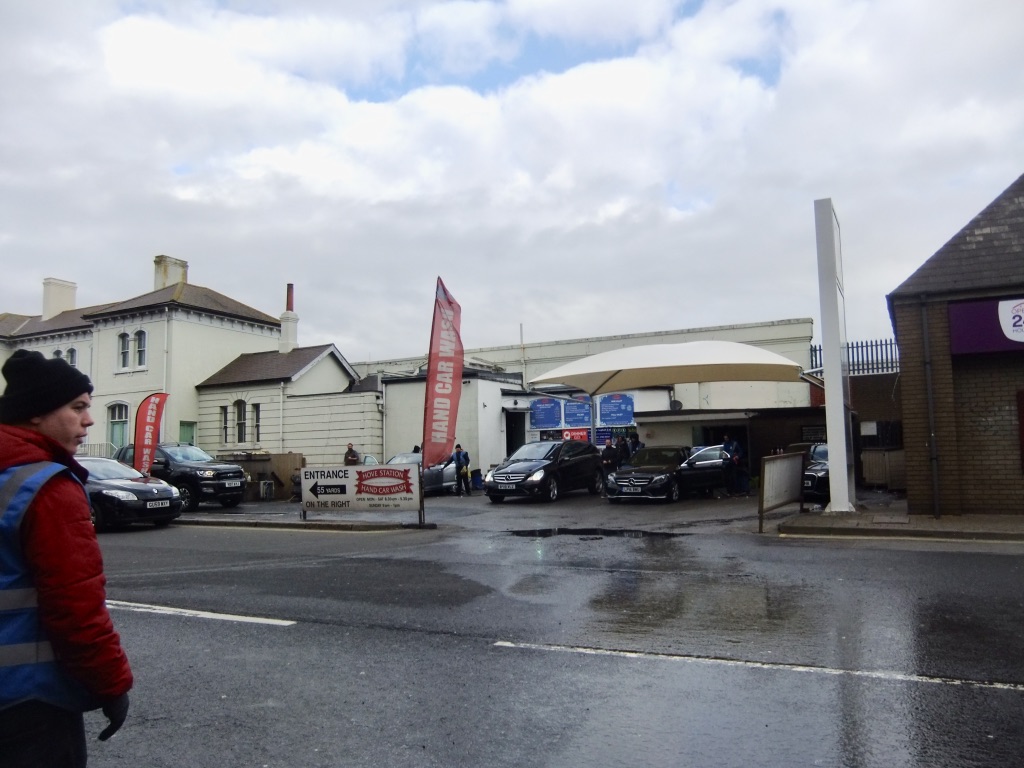 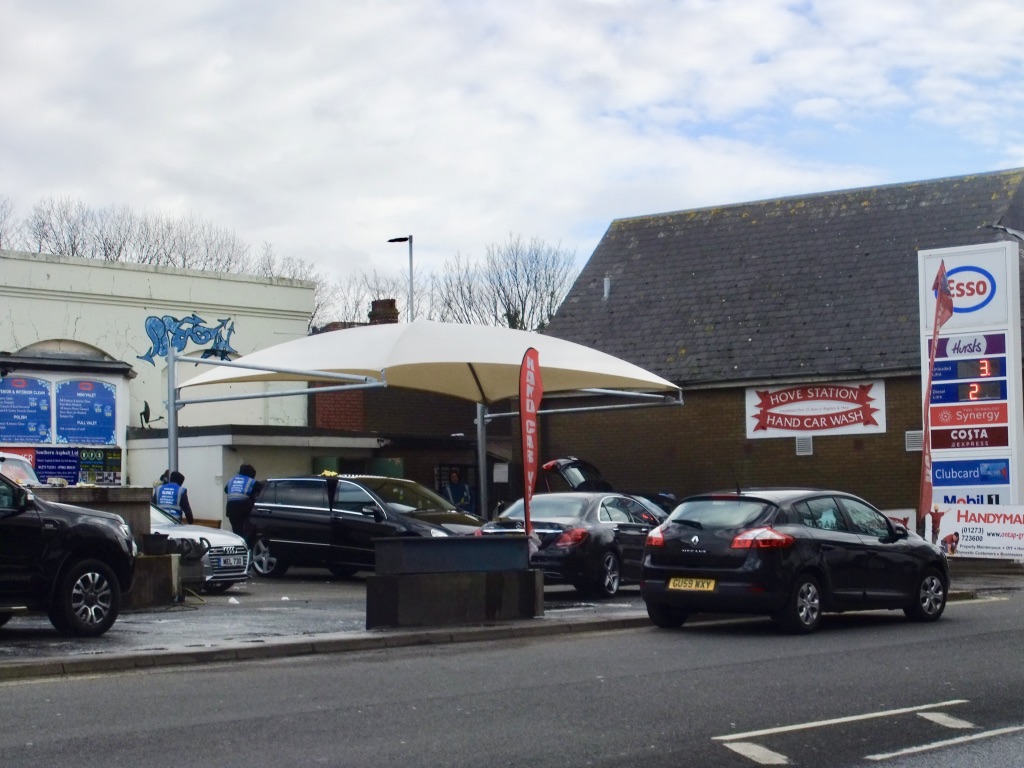 Subsequently this canopy has been erected, and a second planning application to construct the other two has been lodged – in spite of the previous adverse comments.  The drawing shown above illustrates the latest proposal.  As with the first application, no Heritage Statement justifying its effect on the Listed Station building, and on the Cliftonville Conservation Area, has been included with the application – as it has to be. This omission alone should disqualify it from being considered in its present form.

Predictably this application has attracted further objections, including one from the Railway Heritage Trust who say, ”This is an inappropriate proposal which will have a detrimental impact on the Grade II listed station building and forecourt as well as the streetscape within the Conservation Area”

What is very noticeable is that the single canopy which has been erected, is considerably higher – and consequently has more visual impact – than the canopy shown on the approved drawing and the one shown above for the two new canopies. It seems a reasonable assumption that the two canopies for which planning approval is now sought, will also be higher than shown on the drawing, should this second application be approved.  If so this would have an even more detrimental effect on the Listed Building behind.  Nor has the steel structure of the new canopy been painted – which is a requirement of the planning approval.  Yet another issue for the overloaded Planning Enforcement Team to investigate.

One has to question whether this carwash operation – particularly as it appears to be expanding – should continue to operate on this sensitive site, right up against a Listed Building.  When we were there recently, cars were queuing up, lots of men were spraying water at high pressure over the waiting cars, water was splashing over the pavement and running in streams across the road. Hardly an appropriate setting for a historic listed building, or an acceptable use in full public view within a Conservation Area.

Ironically the Hove Station building originally did have a canopy. Below is a photograph from the James Gray collection, showing a very elegant canopy structure complete with horse drawn carriages.

Could this canopy be the stuff of Robbie’s dreams?  Sadly, we fear not. 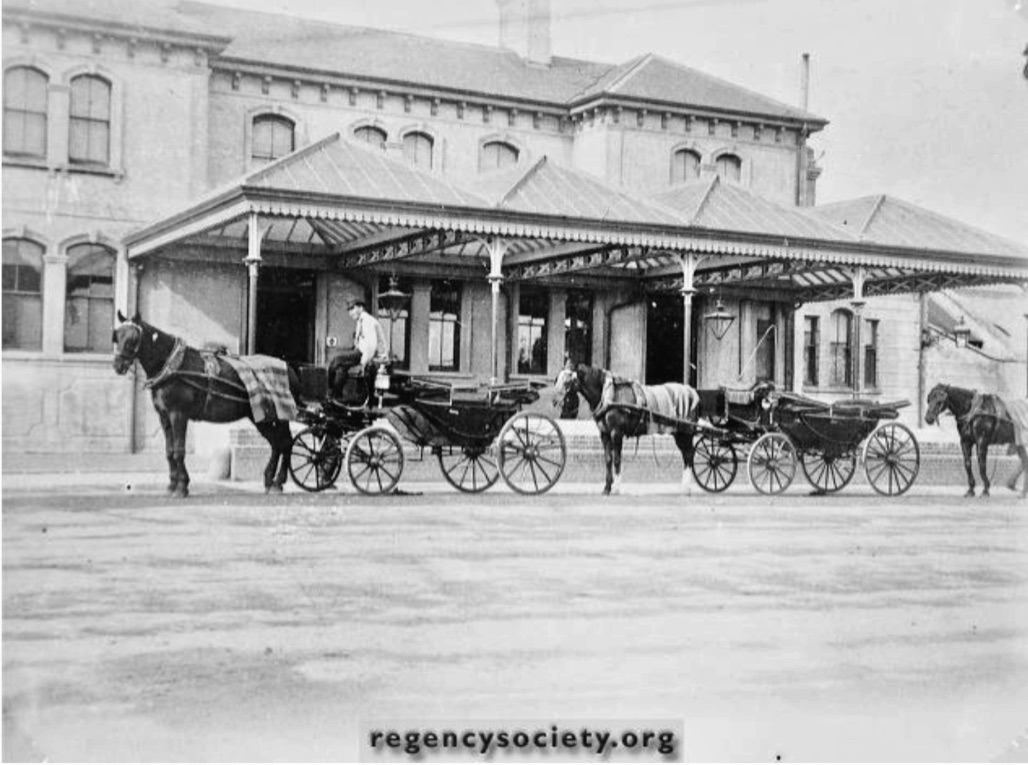