Last week the planning committee approved the application to erect a rope-climbing course in a steel framework structure to operate over the existing golf course amusement at the eastern part of the Peter Pan area.

The structure is 18 metres in width and 16 metres high, exceeding the pavement level of Marine Parade. The committee had refused a previous application, the only difference being that the framework was previously timber, and that the planning officers, who recommended that refusal but now recommended approval, have limited the new scheme to a six year period starting next year.

The heritage officers expressed clear concerns both previously and this time. The council webcast shows the planning officer referring repeatedly to “the harm” posed by the development to the surrounding listed buildings and structures and to the character of the conservation area. Yet the committee chair appeared to find the proposal a joy and a joke, and the committee generally, with the exception of the worried local councillor Nancy Platts, spent next to no time simply waving it through, welcoming it as an attraction. 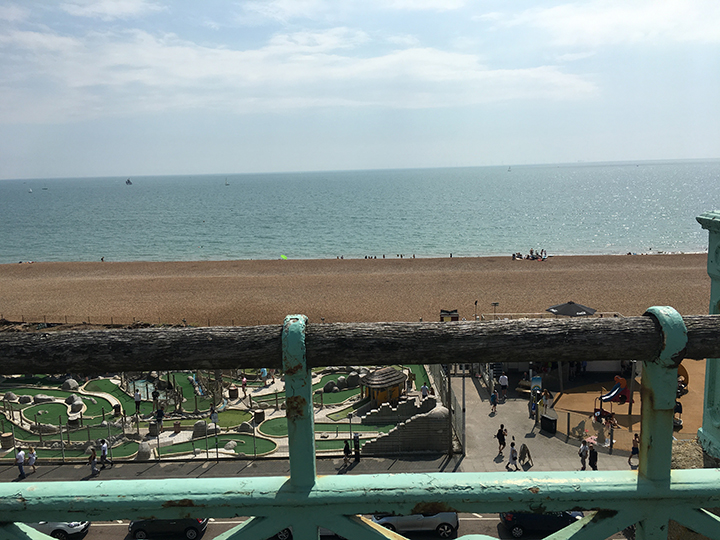 The framework will interrupt long-range views east and west along both Madeira Drive and Marine Parade. From the Marine Parade railing – across the road from Portland Place, one of the most beautiful streets in the city – the view to the sea will be obliterated. From the beach, a sublime reverse view of Marine Parade will in turn be devastated.