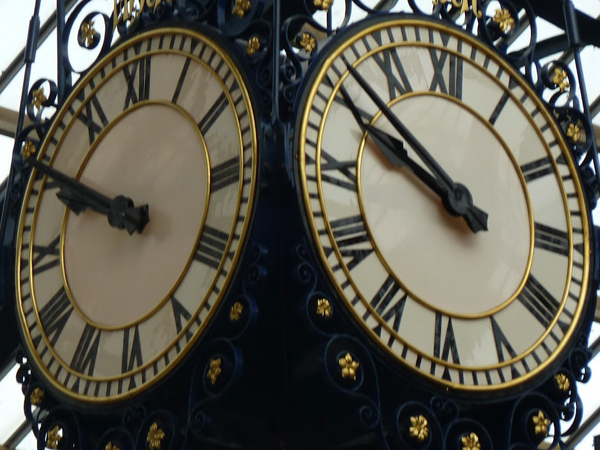 THE BRIGHTON SOCIETY
Minutes of the Committee Meeting on Tuesday 14 March 2017 at 10 Clermont Road at 8.00 pm

2 Minutes of the Meeting on 14 February: Agreed, and signed by the Chairman

3.1 Secretary Hand-Over Arrangements: Proceeding. VB will collate a contact list of committee members and circulate it. The email address still has to be transferred, VB has asked Simon Montgomery’s advice. It was agreed to ask The Keep to lodge past Minutes with them, retaining the last 7 years only.

3.2 Hoogstraten Building, The Drive: Still in hand. JM will send round the link to a recent report on the enforcement situation in the City.

3.3 Mayor’s Reception: Enjoyed by all who attended. VB has written to thank him.

3.4 AGM: VB apologised for raising this so early, but she is heavily committed from mid May to the end of June. If all existing Trustees are willing to stand again, it was agreed to propose at the AGM that Selma be made President, with leave to attend committee meetings but not to vote. She is happy with this suggestion, which was agreed. The usual room at Brighthelm has been booked although the price has increased. LLW is willing to deal with collating and posting the paper work in due course, and to deal with the catering. The scullery will not be available for use. The screen has been booked.

3.5 Toads Hole: Public consultation is currently taking place, and there is an exhibition this Saturday, 18th, at Hangleton Community Centre from 10-1.00 pm and at St Peter’s Church, Blatchington from 1.30-4.30 pm. JM will check what else is on foot. The site is privately owned, so the Council’s powers are limited.

3.6 OTCA Character Statement: Duly adopted at the Economic Development and Culture Committee on 9 March. The management plan is to be discussed later. All involved were thanked for their work.

3.7 Rye Preservation Society Visit: MD, JM, NW and Sarah Tobias will meet at the end of the month to make further plans.

3.8 Stanmer Park: CA will chase up the minutes of the last CPRE meeting which she had not attended.

3.10 Meeting with CPRE on Housing: Prompted by a letter in the Daily Telegraph which suggested less conventional sites could be used for housing, JM had met with a local CPRE representative and Jim Gowans to discuss possibilities such as building over single storey car parks and using empty upper floors of commercial premises. JM and Jim Gowans will prepare a pilot scheme which the Society could promote. The aim would be to persuade the Council to make some reference to such sites in City Plan Part 2 which is due to go out for public consultation in the autumn. Car parks would be particularly useful as they provide larger sites than many little flats over shops which have practical problems with access and security.

Graffiti: Several members plan to attend the North Laine meeting next week, and MD will send AG some sample photos of major horrors. It is on 21 March starting at 7.45 pm at Brighthelm although the discussion is not due to start until 8.45 pm. Tackling tagging should be comparatively easy to set up and would be best done starting in a small central area such as North Laine, as in Chichester.

Murals: The spread of these is harder to combat. We should investigate further whether commissioned murals require planning permission if they are signed, as being advertisements or alternatively whether they should come under the definition of Public Art, and should go through a vetting process. It may be that the only effective way of controlling them is by Article 4 Directions, particularly in CAs, which may be difficult in view of the current state of the Planning Department. We may need advice from a Planning lawyer. MD, after months of complaints, had finally succeeded in having the flint wall by the cycle track in Preston Park cleaned. This should have been cleaned instantly as paint soaks into the mortar, and it has been cleaned now only by grinding off the surface of the wall.

3.12 Gift Aid: VB will register the BSoc with HMRC and we will then have to contact members to ask for written permission to apply for Gift Aid refunds. This can be done with the AGM paperwork.

14 Tongdean Road: In a CA although some feel the area is now so diverse that it is immaterial. Demolition of bungalow for erection of huge and hideous mansion. Rec. refusal.

5 Website, Twitter, Facebook: VB will ask Simon Montgomery not to put the minutes (committee and AGM) up as a lead story, but to put them straight into the section under “About Us”. He seems to liaising with DI, and JM will feed him more material shortly. Agreed to ask him to put up all the Society’s newsletters we can still find – SM should have them in her computer.

6 Membership Leaflet and Membership Drive: VB’s draft had been circulated in advance, and various comments were made. Provision should be included to enable people to pay by direct transfer. It was agreed that the strap line currently on the website is too long, and that AG’s suggestion was better. VB will redraft, and it will be considered by a subcommittee of JM, VB, AG and SM.

7 King Alfred: It is being suggested that as costs increase, the building will have to go higher and higher to be profitable. The whole scheme should go back to the drawing board.

8 Preston Barracks: Plans not yet registered

9 Corn Exchange Works: Appear to have started. AG will find out what is going on.

10 Affordable Flats: Some members were concerned with the apparent complicity of the Council in allowing developers to drastically reduce the % of affordable housing in their schemes, although sometimes this is supported by the District Valuer. There is a balance to be decided between insisting on 40% and risking losing the development altogether – a reduced % could be better in the long run. The Council also fears being landed with legal costs if their decisions are successfully appealed. In the meantime local residents are being priced out of the City.

11 Design Brief for Church Street: There are 3 sites at the top of Church Street which could form the basis of a study to promote suitable development proposals to improve the area. The vacant site has had multiple planning permissions granted but is still derelict after many years. The furniture warehouse on the other side of the road is privately owned and could be more difficult to deal with. There is also the frontage along Spring Gardens. JM had attended a meeting with Duncan Cameron, Graham Towers, Jim Gowans, Cllr Lizzie Dean and SC representing North Laine to consider a design brief to discuss with the Council to try to get some progress. SC had reservations about non-residents proposing developments in North Laine.

12 Construction Voice Event: On 5 April 2017, cost £20, to discuss why sites with planning permission are not being developed. Please contact JM if you want to attend.

13 Constitution: VB mentioned 3 possible amendments to the constitution: increasing the quorum for committee meetings from 3; including reference to Trustees having to resign if they no longer live or work in the City; and whether the subscription should be approved by the AGM. Agreed to take no action.

15 Questionnaire from Charity Commissioners: VB had dealt with this, which was about how we view and value/have confidence in them, and many other organisations, and what we know of their work.

16 West Pier Debate: Trustees had been invited to speak as either Proposer or Seconder in a debate “that the West Pier should be allowed to disappear”. There had been no takers. It is on Tuesday 21 March at 8.00pm at St John’s Church, Palmeira Square if anyone wants to attend.

17 Any Other Business: NW enquired whether we are still affiliated to any other organisations e.g. the Victorian Society and the Georgian Group. To be brought forward to the next meeting.