The local press has been full of images of the “Peoples Parade”, a proposal that would restore Madeira Terrace by a development of shops, restaurants, hotels and offices. The development also includes an extraordinary proposal for a public park on the south side of Marine Parade that would necessitate moving the Terrace forward by 5 metres.

You can perhaps see why Roger Wade, the developer, might be excited by such a project – a retail and leisure development along Brighton Seafront with interrupted views of the sea. But the reality of how to restore the Terraces has certainly got lost in the excitement. 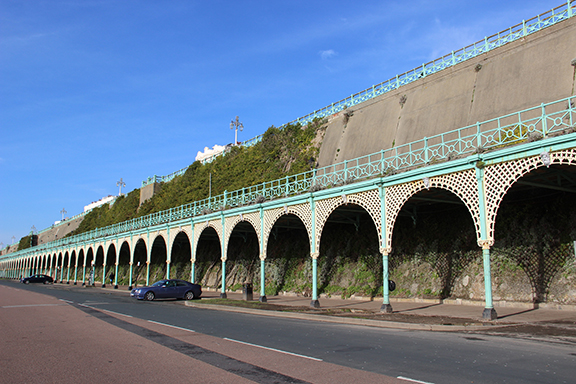 Madeira Terrace is currently in a poor state with closure mainly due to areas of the decking being too weak to support pedestrians. Once restored the Terrace will be strong enough to support pedestrian loads and can revert to its previous use as a viewing area for events on Madeira Drive.

However, the restored structure would not be able to support additional loads such as two storey office and hotel buildings let alone a public park on Marine Parade. So, the buildings and park would have to be supported by a steel or concrete structure at the Madeira Terrace level with most of the Terrace structure buried within a new support structure. Not a scenario that will be supported by Historic England or Lottery Funding.

The reality of the developer’s dream gets even worse when you consider the idea to move the Terrace forward by 5 metres. The critical part of the Terrace’s structure are the massive north south cast iron trusses that are supported by the retaining wall and the cast iron columns along the front elevation. These trusses are very dependant on the fixity provided by the wall and to ensure this fixity they are buried deep into the wall. These trusses are made of cast iron which is a strong material, highly resistant to corrosion, but in certain situations can be brittle. Any restoration of the Terrace would aim to keep these trusses in place as any removal would run the risk of a sudden brittle failure. In addition, only 5 of the 133 trusses have any significant fractures and the damage may well be able to be repaired without removal. The cost of replacing these massive cast iron trusses would be immense as it would involve a highly costly labour-intensive process. The developer’s idea of moving the Terrace forward would mean complete dismantling of the whole terrace with each of the trusses being dug out the retaining wall. The potential damage to the structure would immense and what would be left to attract any lottery grant? 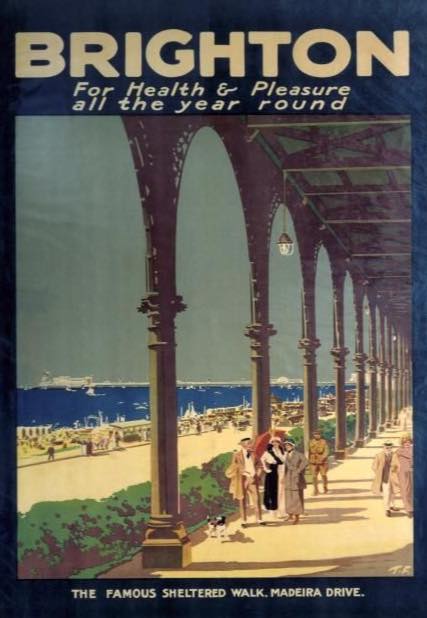 Damage to the retaining wall is yet another concern. The wall was constructed in 1830 to hold back the unstable cliff face and to enable the construction of Marine Parade. Details of its size and construction are minimal. It is not reinforced so the self weight of the wall provides the mechanism for supporting Marine Parade. It is thought that the width at The Madeira Terrace level may well be up to 2 metres. Cutting into the wall would be risky as instability of the wall could be triggered. The “Peoples Parade” images seem to suggest that the buildings would be cut into the wall which could be a risky process in terms of the stability of the wall. The new park at the top of the wall would obviously create additional loads and disturbance of the wall.

In the 1990’s there were significant problems with stability of the wall at the back of the Aquarium complex. Excavations for an underground night club came close the base of the wall which caused movement in the wall and wide cracks started to appear in Marine Parade. The road was closed, and emergency propping of the wall had to be implemented. And this was caused just by excavations adjacent to the wall. Of course, the main coast road runs along the top of the wall so with so little information on its strength and construction is it may be best to leave well alone.

Restoration of an historic structures such as Madeira Terrace is a complex task as the overall aim is always to try to preserve as much of the original structure as possible. The “Peoples Promenade” proposals would result in the loss of much of the original structure and the reasons for listing would be buried beneath the new buildings and support structures. It would therefore be unlikely to be considered for any Lottery funding which of course is the main financial source for the restoration of historic buildings.

It may be a dream project for a developer, but it certainly is not the magical answer for restoring Madeira Terrace.