The historic wall runs south to north along the boundary between Ventnor Villas and the backs of the properties along the eastern side of George Street. It extends from No.3 Ventnor Villas at its southern end up to No.28, just short of Newport Lodge at the northern end – a distance of some 200 metres.

It is 160 years old, built of a mixture of cobbles, bungaroosh, flint,  brick and mortar. Although some sections along its length have lost a few areas of their upper parts, the wall has survived substantially intact over that period.

It is a little known but important part of the history of Hove, and deserves to be publicised and better appreciated for its historical value and interest.

Although it forms a large part of the western boundary of the Cliftonville Conservation Area, it has no formal protection. It deserves at least to be locally listed if not fully listed, as a protected heritage asset in its own right.

Its existence and historical  importance is not even recognised in the Cliftonville Conservation Area Character Statement – a grave omission which needs to be urgently reviewed.

When Ventnor Villas were built in the 1860s as an extension of the middle-class Cliftonville, George Street was already a vibrant street of artisans with a blacksmith, a baker’s stables and small terraced houses overcrowded with the families of brick makers. 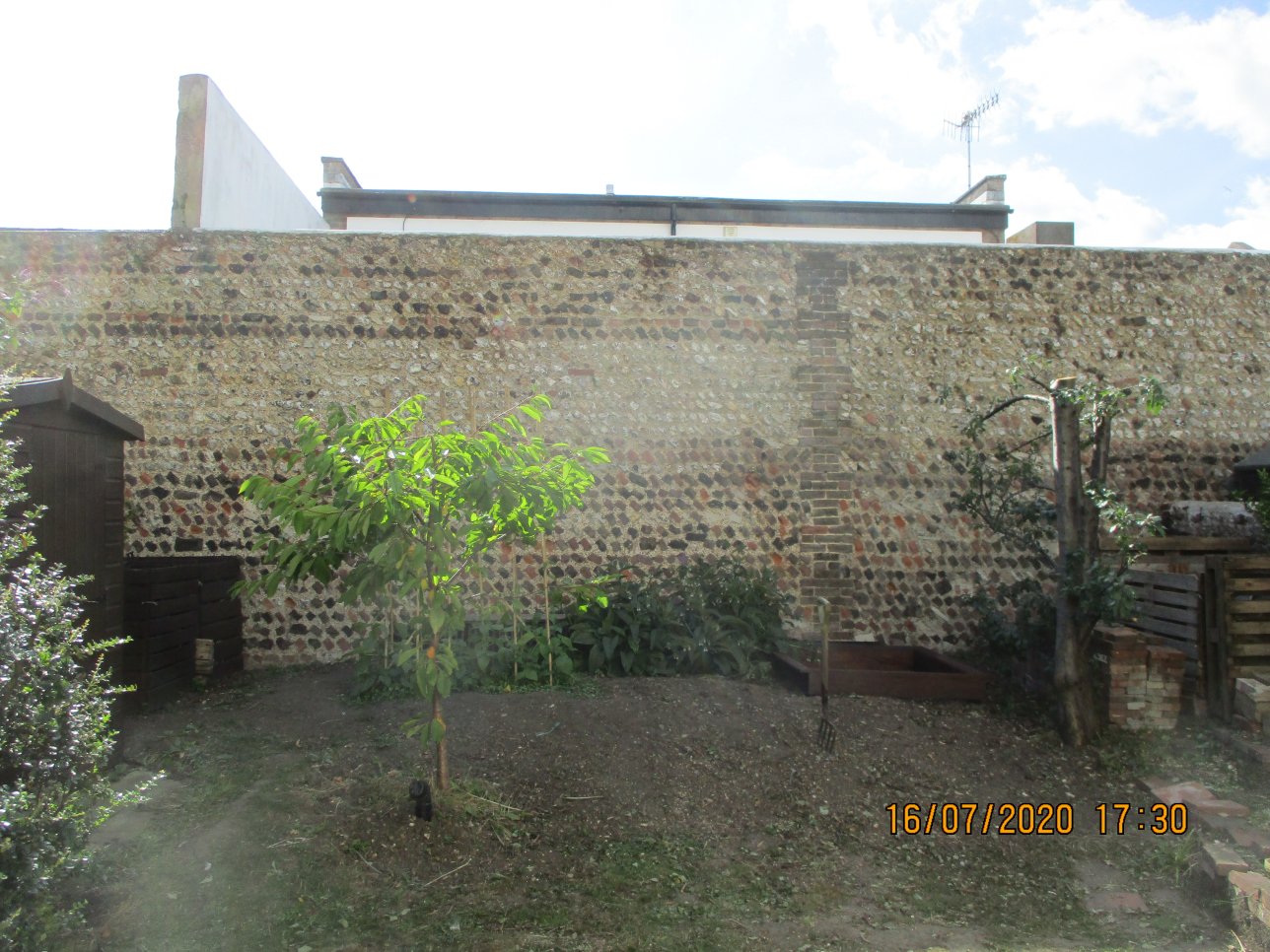 On the George Street side the wall has been smooth rendered so its appearance and historic significance is concealed from the George Sreet properties. This increases its vulnerability to current and future developments at the rear of the properties on George Street by potentially – and unwittingly – threatening its structural stability resulting from otherwise authorised construction work. After all, how would anyone know of its historic value if they couldn’t see its original construction, what it looks like from the Ventnor Villas side, and the fact that it is not formally protected in any way?

In view of a recent approval for a rear extension to 22 George Street – which could set a precedent for further similar applications – this has become an important issue which the Council and its Heritage Dept should urgently address before further approvals are granted for any future developments at the rear of the George Street properties which could have a detrimental effect on this historic wall.

An application at 28-29 George Street to convert an existing flat roof to a first floor terrace with timber screening above the top of the historic wall (BH2020/01791), is currently being considered by the Council Planning Dept.