Given the current controversies about Tall Buildings in Brighton, we thought it might be instructive to look at the recent feedback from tall building developments in London – in particular the huge conglomeration of tower blocks which have in recent years reared their heads over the Nine Elms area on the south bank of the Thames – see the illustration above.

You may have noticed them from the train as you look left crossing the Thames heading into Victoria.

Quite coincidentally  – and what may be interesting for Brighton & Hove – it turns out that the Berkeley Group was the first developer to propose a very tall building on the Nine Elms site.

That’s the same Berkeley that is currently in discussions with the Council about developing the Gasworks site in East Brighton for a massive conglomeration of tall buildings.  Not as high as Nine Elms, but for nevertheless very tall for Brighton.  Our Council appears to be colluding with Berkeley to extend the Tall Building areas to include the Gasworks site – which was not included in the Tall Buildings Study of 2004.

The Berkeley Group has a history of building homes in the city. Some have been excellent such as parts of the residential areas north of Hove Park.  But that was a long time ago.

It is one of the ‘Big Seven’ group of housing development companies, the others being the notorious Persimmon, Barratt, Taylor Wimpey, Redrow, Bellway, and Bovis.

But don’t be deceived. There’s nothing saintly or “charitable” about any of them. They have only one aim – to make as much money as possible.  There’s a world of difference between the concepts of “making a contribution to society and making a reasonable profit”, or just “maximising profits to promote your balance sheet,” which is what most of these huge development companies do.

Berkeley have built 19,200 homes in the last five years.

Almost  twenty years ago the Berkeley Group began to play a key role in the increasingly criticised Nine Elms, St George’s Wharf re-development on the River Thames at Vauxhall.

This massive conglomeration (yes – another one), of tall buildings has been described in the following terms:

“Nine Elms is emerging as a place of two communities, with a bitter sense of division nurtured by the very fabric of the neighbourhood.”

It is a luxury enclave looming above crumbling council estates.

The Berkeley Group was the first developer to begin what has been termed, “a craze for what has become a crowd of swollen shafts” on the Nine Elms development area stretching along the Thames from Vauxhall Cross to Battersea. 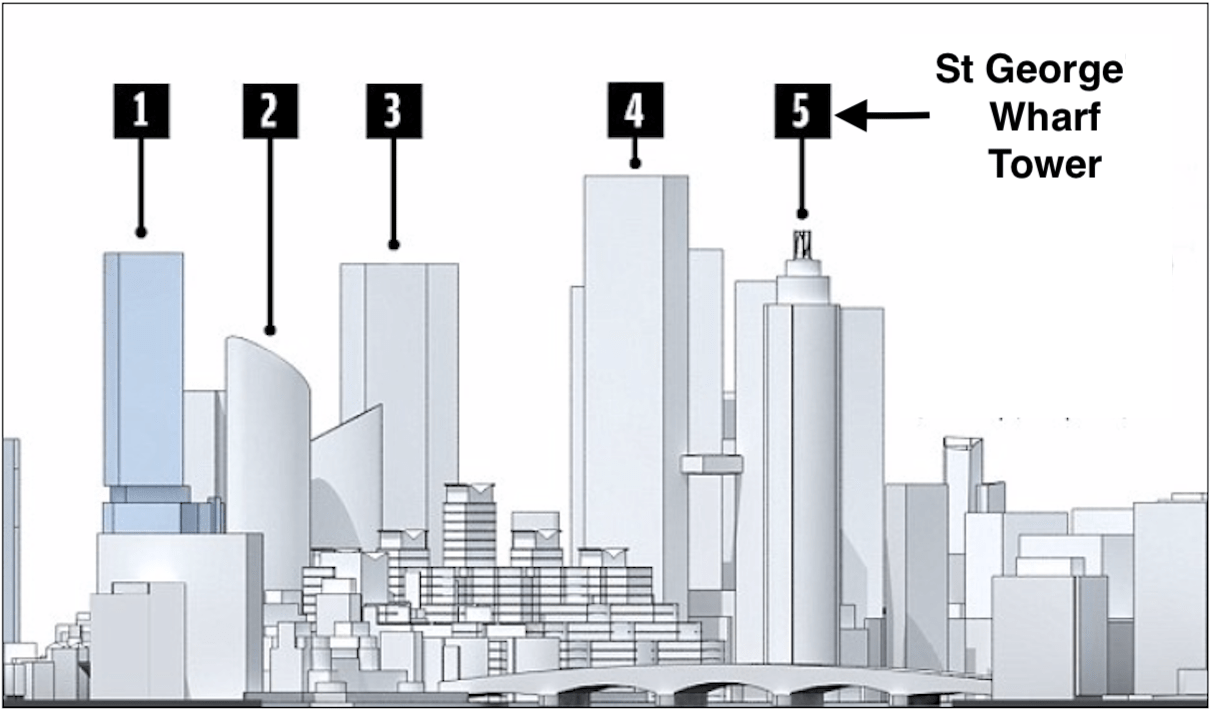 A crowd of swollen shafts 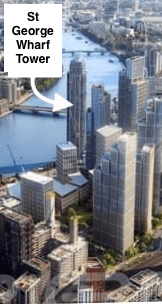 But in 2004 Ken Livingston’s London Plan designated the Nine Elms area as one of 28 “opportunity areas”. It welcomed tall buildings in the belief that a large bounty could be creamed off for the public benefit – ie affordable housing. The target was for 50%. The reality now is very different.

In 2005 John Prescott over-ruled the Council and gave the scheme the go-ahead despite being warned by his advisers that “it could set a precedent for the indiscriminate scattering of very tall buildings across London.”

As predicted this was then followed by a series of similar very tall buildings. In 2012 the planning framework set a maximum height limit of 150m, the taller 180m high (already approved) St George’s Tower being considered as “the pinnacle of the cluster”.

But this was soon breached by the 200m high One Nine Elms, with its architects arguing that it should be the tallest of a future crop of of very high-rise buildings, so it would act as a focus with lesser towers stepping up to it “in a sort of swirl.”

Wandsworth Council accepted this argument saying: “the man in the street might not understand how it works, but it is a well-tested principle that you organise tall buildings in a tight cluster, ascending to a peak”

The original aim of providing 50% of affordable housing never happened.

That’s because viability assessments, instead of guaranteeing a high proportion of affordable housing, have just become a get-out clause for developers.

Every time, having paid a lot of money for the land, and in anticipation of high construction costs, and at the same time as forecasting low sales prices, it is easy for developers to show that they wouldn’t have any money left for to pay for affordable housing.  That way they get to keep their 20% profit.

There are lessons to be learned here in Brighton & Hove.

2. These huge and costly developments often lead to socially divisive outcomes between wealthy owners in luxury enclaves and less wealthy residents in the local community who are excluded from facilities within those developments.

3. Affordable housing is increasingly not provided in these developments in any form. Those in most need of housing. including those many residents of the city who are unable to afford the required deposits to buy, do not benefit from them. But overseas investors do.

They let them out at inflated rents. Often they just stay empty. And as the property values keep rising it’s much more profitable than money in the bank.

4. Viability Assessments are a get-out clause for developers. That means no affordable housing.

Should our Council be encouraging this type of development?  Will it do anything to resolve the city’s housing problem or will it just exacerbate the existing  divisions between the haves and the have-nots?

In a forthcoming article we will be looking at Berkeley’s record in developing redundant Gasworks sites throughout the country.  There are eighteen of them.