Georgian Terraces – are they the answer to the city’s housing shortage?

The Policy Exchange has recently suggested that homeowners in streets of bungalows or detached houses should be allowed to vote to turn their streets into Georgian-style terraces.

The report says the areas most likely to increase the value of homes with such a scheme are London suburbs, including Barnet, Harrow, Croydon and Bromley.  St Albans and Brighton and Hove could also benefit from the plans, Policy Exchange said. 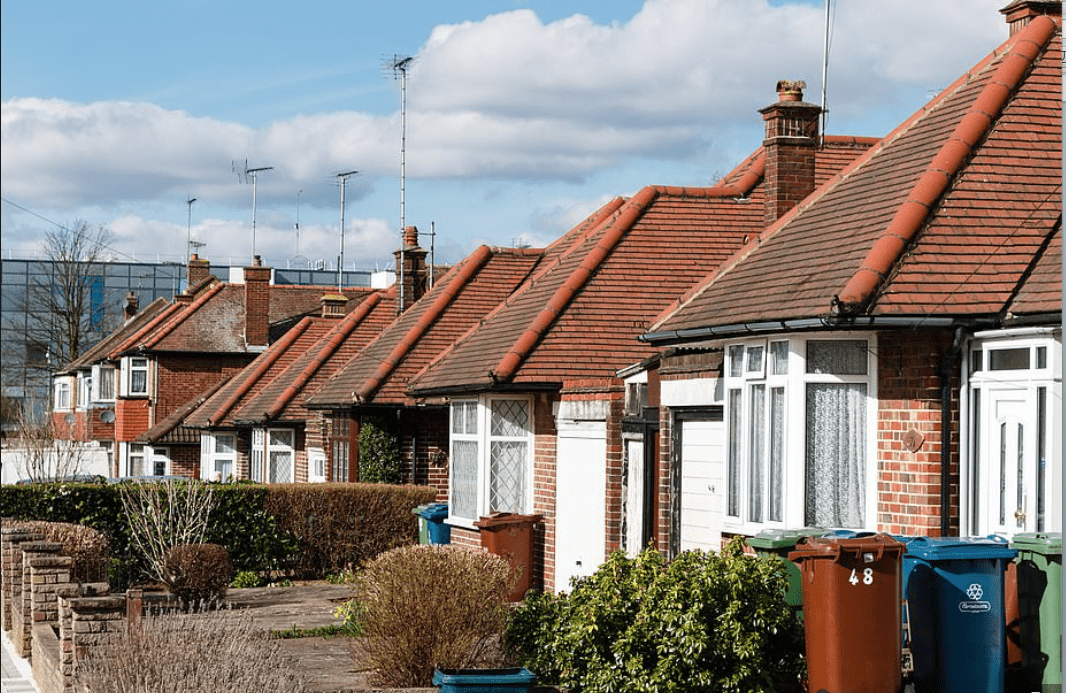 Well, we already have quite a few late Georgian Terraces – though in the context of Brighton they might be more appropriately described as ‘Regency’.

So that sounds like an excellent idea. What could be a better way of ensuring that new housing developments fit comfortably within our existing streetscapes and urban environment?

Much better you might say than the rash of high-rise urban conglomerations currently in vogue with big developers trashing our city.  Such as Preston Barracks, Anston House, Circus Street, Hove Station, the Sackville Trading Estate in Hove, the Longley Industrial Easte in New England Street and the Marina.

And now of course the Gasworks site in East Brighton on the cliff top above the Marina.

First, we’ll ignore the highly questionable assumption that a whole street of bungalow owners would willingly and universally vote in favour of demolishing their homes and selling their land to a developer.  But for the purposes of the argument, let’s assume that they would.

We would agree with the Policy Exchange that Georgian terraces could provide high density low-rise housing – which again we continually advocate – and enable far higher densities than existing streets of detached houses or bungalows set within generous gardens.

In fact in Brighton & Hove we already have lots of precedents for low-rise high density housing areas.  The most densely populated neighbourhood in the city is the area between Western Road and Lansdowne Road in Hove, bounded by York Road to the east and Lansdowne Street to the west.  At 315 persons per hectare this area is also the most densely populated area in the South East outside London – B&H City Snapshot Summary of Statistics 2014.

There are no high rise buildings there.  Those streets are mostly composed of Victorian terraced villas of 5 – 6 storeys usually with a semi-basement.

Another example here in Brighton of low-rise, high density are the terraced streets of Hanover which also return very high densities.

So in principle, the Policy Exchange suggestion – in some key respects – has some merit.

But where it fails is the bland assumption that the Georgian architectural style is an appropriate expression of twenty-first century social, architectural and environmental aspirations.

Yes, the scale, the consistency of the Georgian architectural vocabulary, its elegance and proportion is outstanding and is a constant reminder of the poor quality of design evident in most modern buildings.

But one shudders to imagine what sort of design dog’s breakfast your average developer and his architect/draughtsman might make of their attempts to emulate the best of Georgian. Even their best efforts would be likely to attain only the standard of pastiche.

So is there an alternative to more Georgian terraces?

We think there is.  We will review some contemporary housing schemes in the second article in this series.  But back to the discussion on Georgian architecture for the moment.

A recent (2017) exhibition at the RIBA organised in conjunction with artist Pablo Bronstein, attempted to explain the popularity of of the Georgian style;

“Bronstein claims that it is partly due to our desire to resurrect the past and recreate the good old days. “Britain is in love with the Georgian [style]because we like to be reminded of the optimism of a growing commercial, industrial and military empire that is now lost. It is an architecture of the golden age, and full of reason and grandeur.

“The London of the Georgian period linked the palace and suburbs of Westminster to the City of London through a series of grand residential developments. An architecture associated with growth, with the birth of a new social order, and with a growing sense of national identity (the national anthem was composed during the period) is always an attractive thing to hark back to.”

Modernist architects such as Max Fry and Erno Goldfinger (architect of the Brutalist 31-storey Trellick Tower in Kensal Green), appreciated Georgian architecture for its pure geometry and lack of ornament which they sought to recreate in their own modernist designs.

Erno Goldfinger re-interpreted the principles of Georgian design in applying them to his own house at 2, Willow Road in Hampstead of 1939, (now owned by the National Trust).  There was considerable opposition to his design at the time, mainly on the grounds that it failed to respect the character of the Georgian houses in that part of Hampstead,  One of those opposing the design was author Ian Fleming, whose opposition to Ernö’s architectural tastes resulted, it is said, in his use of ‘Goldfinger’ as the name for one of 007’s most megalomaniac villains.

In response, the architect justified his design for Willow Road in terms of its dominant use of a red brick to relate to the surrounding Georgian housing, relative unobtrusiveness, and a profile no more angular than the much-loved surrounding Georgian terraces.  In championing modernism Goldfinger was also supported by Hampstead’s avant-garde for whom structures such as Wells Coates’  Isokon Building demonstrated the potential of new residential forms.  Wells Coates also designed Brighton’s Embassy Court.

Completed in 1939, Nos 1-3 Willow Road are now as much a feature of Hampstead domestic architecture as the neighbouring Georgian cottages.

Although superficially this building may appear to the casual observer to bear little visual semblance to the simpler, earlier forms of the Georgian style that Goldfinger found attractive, that is to misunderstand the design principles which each has in common.

These include the way in which the main architectural elements are handled; the basic simplicity of form, the proportions, the way in which each level creates variation within the overall composition, the interplay of projecting and receding elements, the resulting contrasts of light and shade, the repetition of certain elements within the composition such as windows on the top floor and the columns on the ground floor all of which provide visual interest. These are all visual references which early Georgian and the Goldfinger house have in common.

No.2 Willow Walk as an example of an early modernist design, is an interesting precedent which shows how contemporary modern design based upon traditional design principles would be a more appropriate solution to today’s housing requirements than the neo-Georgian style suggested by the Policy Exchange.

In the 1980s there was a revival of the classical style of architecture  by architects such as Quinlan Terry and Robert Adam. And of course there is Prince Charles’ Poundbury pastiche too.  But those designs just led down a cul-de-sac.

Looking at it from today’s perspective, it would be fair to say that modernists from the 1930s to the present day, while appreciating the original Georgian style and architectural vocabulary, have condemned anything neo-Georgian as pastiche and unoriginal. They are neither replicas nor do they add anything of significance to the purity of the Georgian original.

So the answer to the question posed at the beginning of this article is NO – Georgian Terraces are not the answer.

But nor are the developer’s (and it seems – the Council’s) favourite solution of more tall tower blocks rearing their ugly heads over the parapets of our Regency terraces.

In part 2 of this series we look at four case studies of excellent examples of contemporary housing design and ask why Brighton & Hove isn’t actively promoting housing solutions of similar quality.