Details of the petition and how to sign it can be found at:
https://you.38degrees.org.uk/petitions/stop-the-theft-of-brighton-general-hospital-site-keep-it-public.

BGHAC rightly question whether selling the site to a private developer is the right policy given that the site was originally gifted to the people of Brighton.

We agree, particularly when there is much concern currently being expressed about how the increase in the value of development land maximises developers’ profits and fails make any real contribution to the public interest, or to share the consequent massive increases in land values with local authorities.  Nationally and locally this serious imbalance has directly caused the current housing crisis and is responsible for the lack of affordable housing in the true sense of the word.

The 10 acre site, including the Grade II listed Arundel building with the clock tower, is one of our city’s greatest public assets. Since the hospital closed to in-patients in 2009, some buildings have been allowed by the Trust to fall into serious disrepair and are boarded up.  400 NHS workers in a range of services are currently based on the site.

Brighton General Hospital Action Group believe that this public land must remain a public asset for the people of Brighton and Hove and consider that this site redevelopment offers the opportunity to address some of the much needed, and urgent, health, social care and housing needs in the city, and would result in an innovative, publicly owned funded and run mix of NHS and social care provision as well as including some council housing.  They are concerned that the current proposals fail to achieve this ambition.

They make the following proposals:

1.Conduct a more meaningful and extensive public consultation on the potential uses for this site – NHS, housing and community.

2. Explore further NHS uses for this site – such as community beds.

3. Brighton and Hove city to purchase the site.

4. Ensure any housing built on this site includes housing for social rent, keyworker housing and addresses the needs of homeless people in the city. 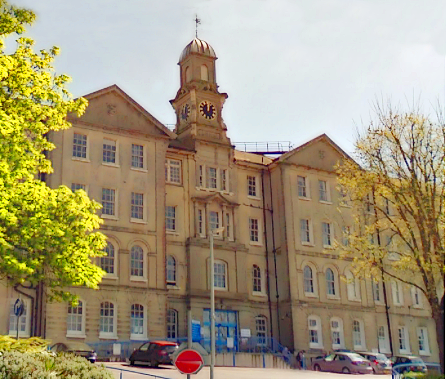 The Brighton & Hove Heritage Commission has proposed that the BGH site be designated as a Conservation Area. It says it has received the backing of the Council heritage department, and that officers would be happy to progress the proposal after receiving feedback from interested community groups.

The Brighton Society supports all these aims but would suggest that any campaign should be based on more than the twin aims of a petition to keep the site in public ownership, and a new Conservation Area.  A wider co-ordinated campaign is needed to ensure the following key policies are successfully achieved:

It will involve persuading our cash-strapped Council to invest funds and commitment into it and it will need cross-party support amongst our divided councillors.

But it is a campaign definitely worth promoting vigorously to gain public and cross-political support.