A La Moda – Proposals for the Sackville Industrial Estate, Hove by Moda

A La Mode – fashionable, in vogue.

And massive building conglomerations such as this one are certainly in vogue at the moment.  This one in Sackville Road, Hove (Planning Ref BH2018/03697) comprises the following large buildings:

There are three important issues raised by this proposal :

firstly – the effect on the local Heritage assets – Hove Station and locally listed assets, such as the railway footbridge  and nearby Ralli Hall and views from the locally listed Hove Park;

secondly – its effect on the surrounding residential areas of Hove including the nearby conservation areas – which is a question of how well or badly this proposal responds to a general planning requirement to create polite and appropriate relationships;

thirdly – and this is the most important – the effect that a conglomeration of tall, massive buildings such as are proposed, together with the 11-storey KAP development on the adjacent site in Newtown Road, will have on the character – not just of Hove and its surrounding residential areas – but on the character of the city as a whole. 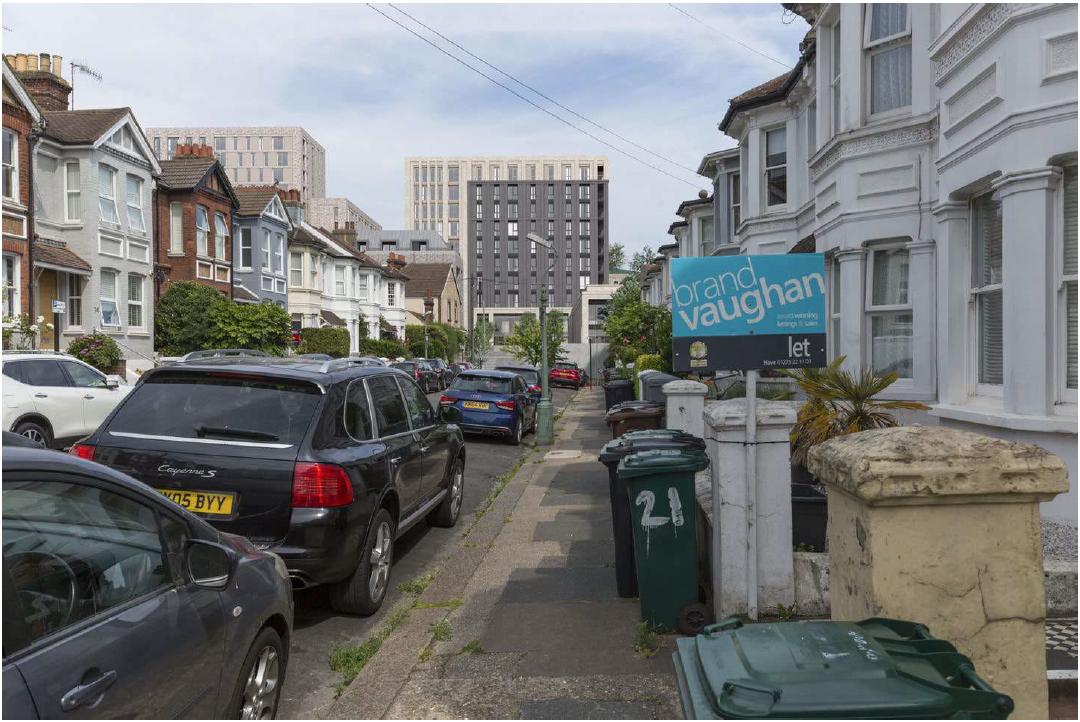 There are some aspects of the proposal which are excellent and on the whole it is evident that  a great deal of thought and effort has gone into it – as evidenced by the 300+ documents presented in support of the planning application, many of which are lengthy documents in themselves.

We find the design of the Sackville Road elements, although of a larger scale than the two-storey houses on the opposite side of Sackville Road, are  reasonably scaled and on the whole well designed – in some ways similar to No.1 Hove Park which is an excellent building not far away on the Old Shoreham Road.

We also are in favour of the provision of housing and care facilities for the elderly which are included in the proposals.

We are less convinced by the higher buildings behind  – the elegant design disciplines demonstrated by the buildings facing Sackville Road are not carried through into the taller elements of the proposals and the high buildings in the central part of the site are domineering, extremely boxy in appearance and lack the well-mannered quality of the lower buildings fronting Sackville Road.  See the upper of the two drawings above.  The overall impression is of a very large complex or conglomeration of tall blocks which is very different from the relatively low-rise pattern of the residential areas – including conservation areas – to be found in the surrounding residential areas of that part of Hove.

So we have the following reservations about this proposal:

Although the impact of this development on the immediately local Conservation areas and Heritage assets could be described as relatively minor (with the exception of views from Hove Park), the impact of such a conglomeration of closely packed tall buildings will have a major effect on the existing character of this part of the city as a whole;  It is perhaps a little unkind to say that it is Croydon come to Hove, but that description shows how different this ‘city within a city’ development will be from virtually all the surrounding areas of Hove. 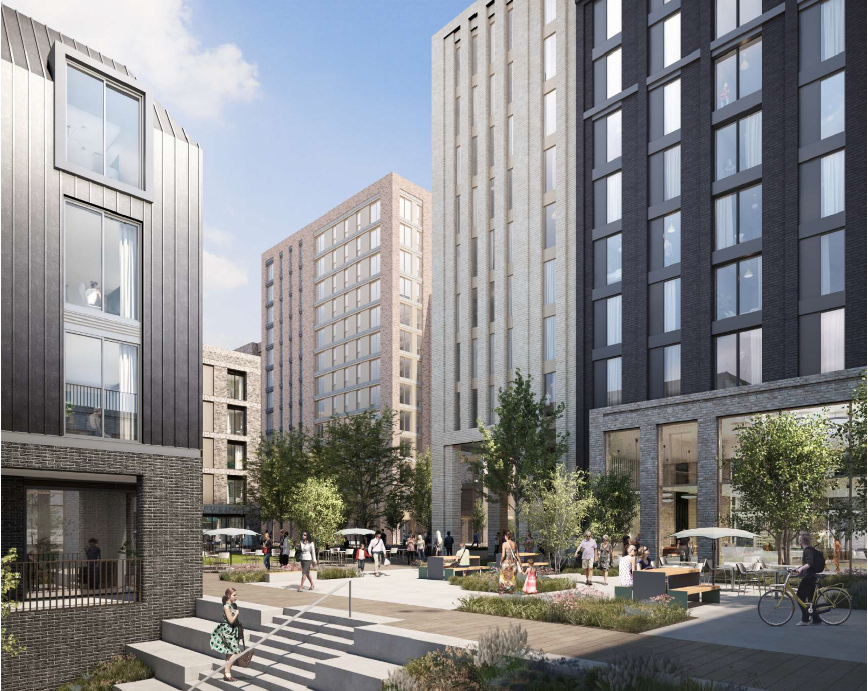 It is way out of character with all the important heritage areas of the city.  You could say that the central, historic areas of Brighton & Hove, containing as it does 34 Conservation Areas could be described as effectively one big conservation area with a few holes in it.  Unfortunately this is one of them.

We have previously expressed our concerns that the massive scale and height of recently approved or proposed  developments in the  city – Preston Barracks, Anston House, Circus Street, former Amex site in Edward Street, the Longley Industrial Estate etc., are changing the character of the city’s built environment in a significant and detrimental way, and this is happening by default, driven by developers’ awareness that the City’s planning system is defenceless because of its inability to guarantee a five year housing supply.  See our recent website article entitled “A Boutade of Tall Buildings”

This inability to guarantee a five year housing supply effectively “gives developers greater freedoms to build where they want and a local authority has less control over development”. (Extract from Planning for New Homes published by NAO – National Audit Office)

This is what we are seeing at the moment, and why so many major housing proposals are being put forward by developers, and are one by one being approved, either by our councillors or by planning inspectors, even though many of them are changing the character of the city and its conservation areas and landscape.  But what to us are vitally  important matters such as appearance, appropriateness  in terms of scale and massing,  or their relationship to the city’s  heritage, are only considered as ‘material considerations’ by the planning system.  They don’t in practice, stand a chance of being able to affect the planning decision-making process which seems to be purely driven by numbers. 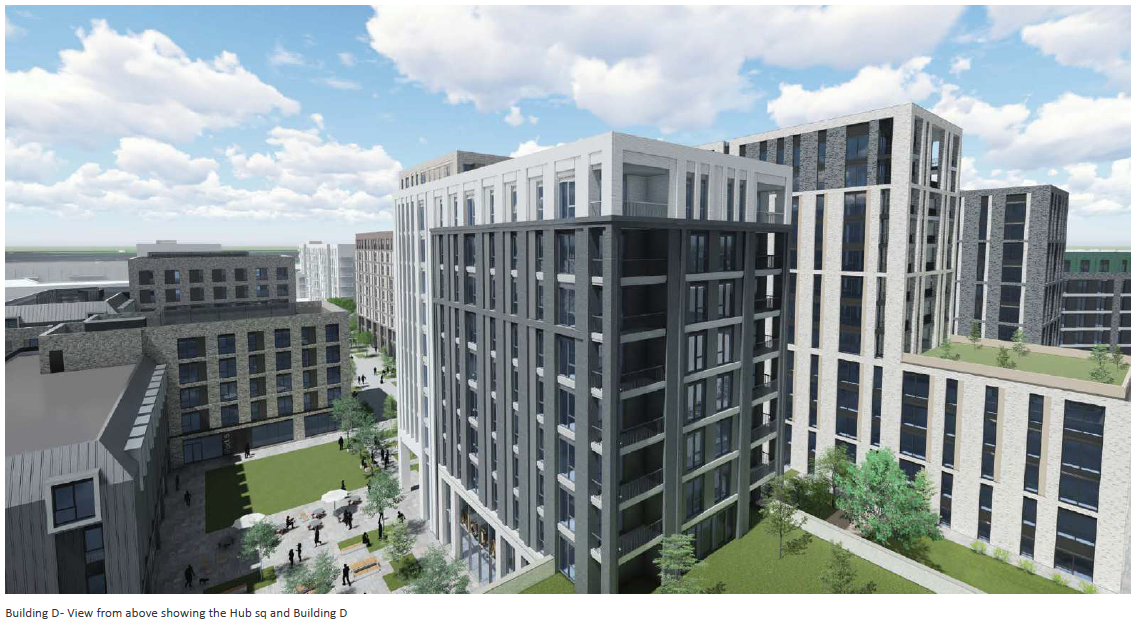 This and the neighbouring 11-storey KAP development (BH2018/03356) on Newtown Road, is yet another example of the regrettable situation the city finds itself in.

If all the buildings proposed for this site were of similar scale, height and standard of design as the ones fronting Sackville Road, a very significant number of the additional homes required in the city could still be provided. We would support such a proposal which would be much more polite and lower scaled yet could still make a major contribution to the city’s housing problems.

It doesn’t have to be as big, as high and as dominant as is being proposed by this application.

There is also the question of views from Hove Park – a locally listed Heritage asset.  As we suspected and pointed out during the public consultation stage, the existing remaining views of the sea seem to have been completely blocked – Hove Park might as well now be 100 miles from the sea.  See the two views below.  The Heritage Statement makes no reference to the fact that there are views of the sea to the south from Hove Park, a locally listed asset, and the fact that those views of the sea will now be lost from that Heritage asset. 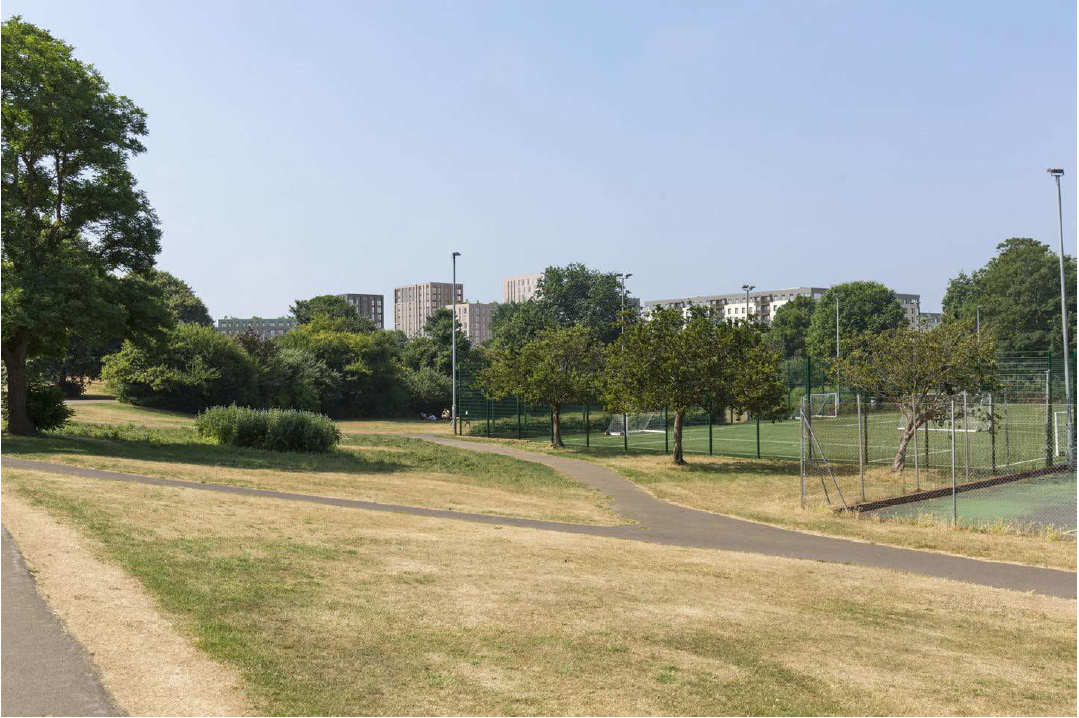 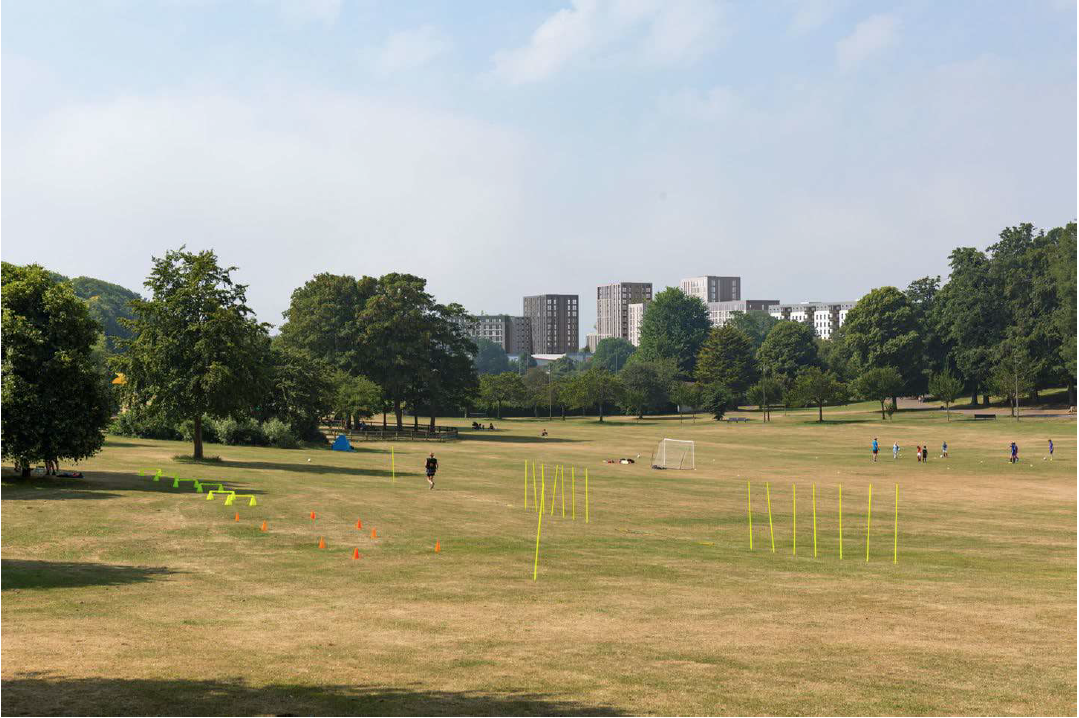 We also note that the public consultations and indeed the presentation to CAG, held out the carrot of a footbridge over the railway linking the development with Hove Station.  There is no mention of or provision for this useful public facility as far as we can see in the actual proposal.

For all these reasons, but primarily because of scale, massing and height of the development,  the Brighton Society cannot support this proposal and is objecting to it.